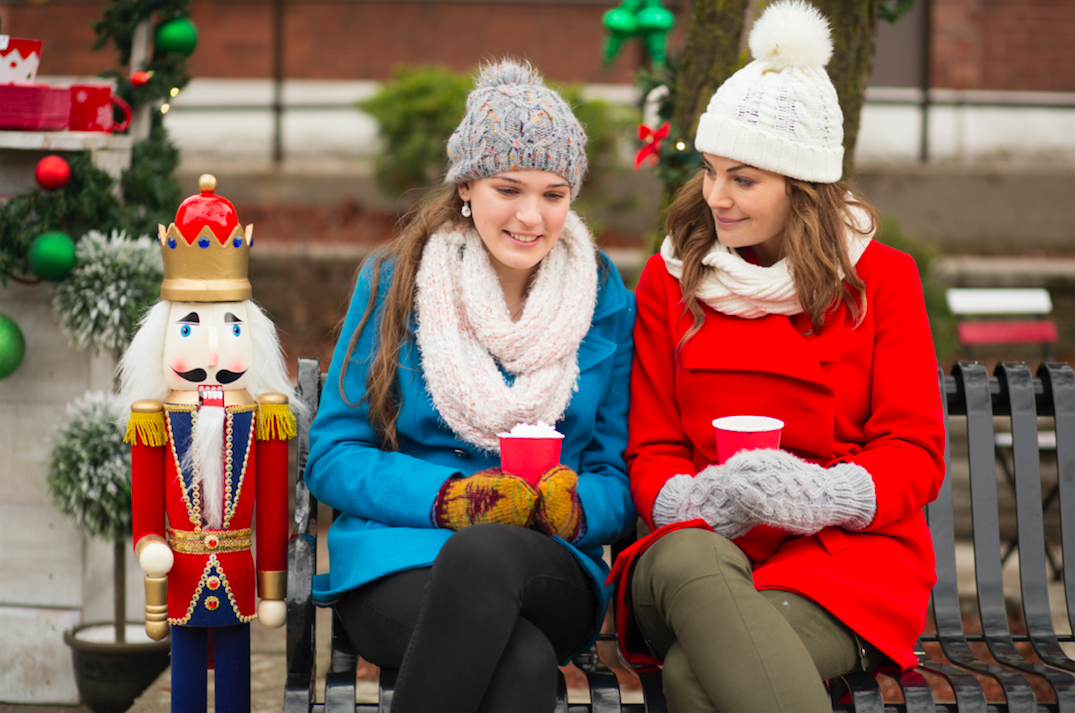 Ah, autumn. Back to school, pumpkin spice everything, Advertising Week, and, coming soon, the most anticipated time of the year for many: holiday movie season. This year, UPtv's first original holiday movie will air on October 27; the early appearance is a nod to the affection and ratings viewers have showered on the slate of uplifting films in years past, and to their embrace by the advertising community.

For UPtv's producing partners, such as Toronto-based Brain Power Studio, those UPtv movies are unique. According to Beth Stevenson, the studio sees unique value in the uplifting approach to programming at UPtv. "UPtv has been so supportive of the creative development of the films that are being presented this season. Each film has a real stand-alone quality — and the UPtv team pushed for the inclusion of under-represented groups in their slate of films," said Stevenson, founder and producer of Brain Power Studio, which also works with distributors such as Discovery, Disney, Netflix, and Nickelodeon. "They are a modern team, telling modern stories."

And leading that team is the aptly named Amy Winter, UPtv's executive vice president and general manager. Winter says embracing the holiday movie genre is in response to the network's viewers, who feel like the season represents everything that's important and meaningful to them coming together. "We see people wanting to lean on this type of content sooner and sooner in the year and we're happy to oblige. This time of year is really a culmination of all the things that resonate well with our brand, too, and we want to deliver on it. For us, it's the most wonderful time of the year without question."

This year, UPtv is offering 10 original premieres, including a follow-up to last year's fan-favorite Christmas with a Prince and another romantic film set in Paris and filmed in France. Both of these movies are based on Harlequin bestselling books. But it would be a mistake to think that all UPtv films are traditional romances. Winter says her team "is very proud of the mix of stories we tell. There's always going to be romance involved in these movies because everybody loves to watch people falling in love. But sometimes it's the B-story to a different type of relationship story."

Winter offered as an example an upcoming film called Rock N' Roll Christmas (pictured below), starring Beverley Mitchell, that centers on the mother/daughter relationship of a singing duo as they mend fences after a falling-out. She also shared a preview of an original film that will premiere in a prime position, leading out of the network's annual GilMORE the Merrier Thanksgiving week-long event: Christmas Chalet (pictured at top), which has a multi-generational storyline that is certain to appeal to audiences drawn in by the network's annual Gilmore Girls marathon. 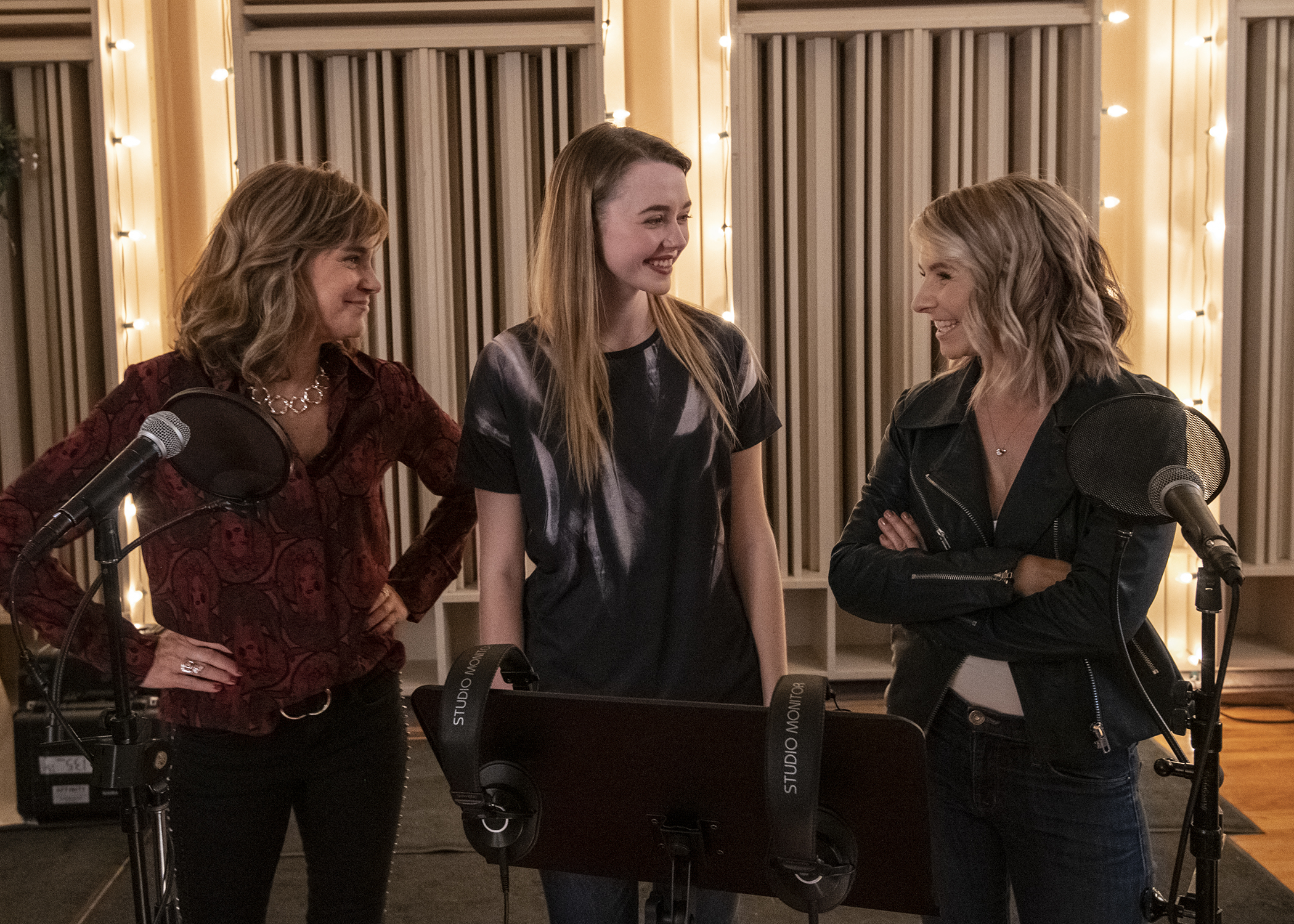 Another UPtv original film, featuring actress Amber Riley, is a Winter favorite in the network's library. "It really leans on the meaning of the season. I must read over a hundred holiday movie scripts each year, and whenever I read anything that gives me that warm, fuzzy feeling about why we celebrate, and the true meaning of Christmas, that gives the script a real leg up."

When seeking films to develop, Winter looks to create a balanced mix. "We want to give our audience a depth and range of experiences. They might laugh all through one movie and find their heart touched in the next one." And when seeking films to present, Winter is voracious. "It's a 365-day process. Beyond the scripts I read, I get loglines, like, 'Here's a big city girl who needs to go back to her hometown and this happens.' All those tropes. Everyone opens a bakery. When something comes along and it's different, I'm intrigued."

Clarifying, she added, "Not that I'm discounting familiar stories that audiences are comfortable with, because we know that works — but, boy, I love it when we can surprise people." One UPtv premiere coming out this year will do just that. A Christmas Movie Christmas (pictured below) features two sisters pulled into a world that will be familiar to fans of the romance genre. 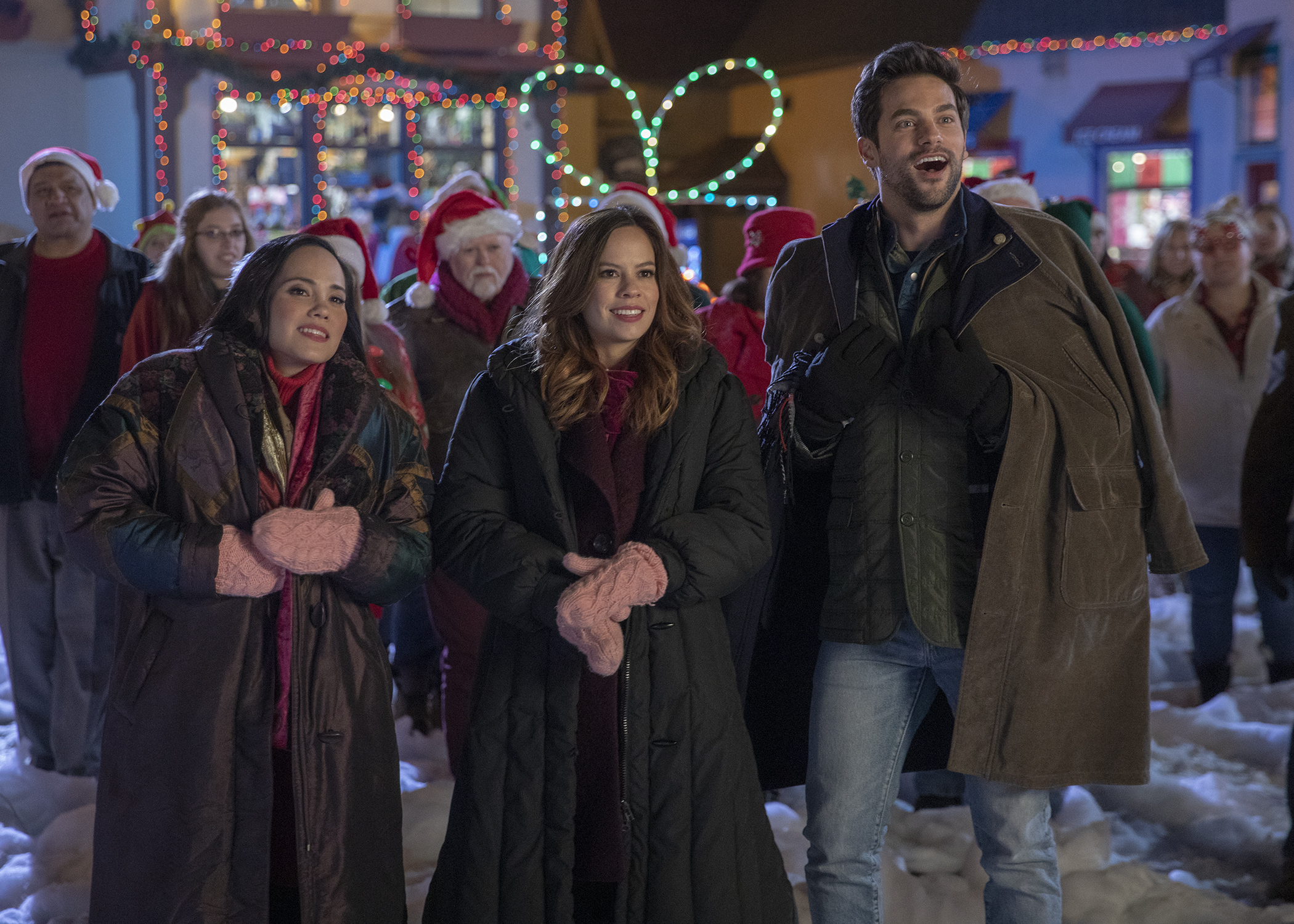 Winter says that the network is open to reading scripts from people submitting Christmas movie ideas via submissions@uptv.com, but she urges writers to include something unique and distinctive.

And she is effusive in praise for her existing production partners and creative teams. "We work with some incredible people and I'm privileged to have them reaching out to partner with us. They know we look for that deeper meaning, for a unique kind of variety, a range of emotions, snappy dialogue, something a bit special — a twist on the season. And when they tell us that they've got a script and they thought of us because they know we look at the season a little differently, that makes me happy."

Kathy Newberger was most recently Vice President of Sales and Client Strategy at Standard Media Index.  Her background includes stints in national and local media sales and sales management at Cablevision and what seems to her to have been every traditi…