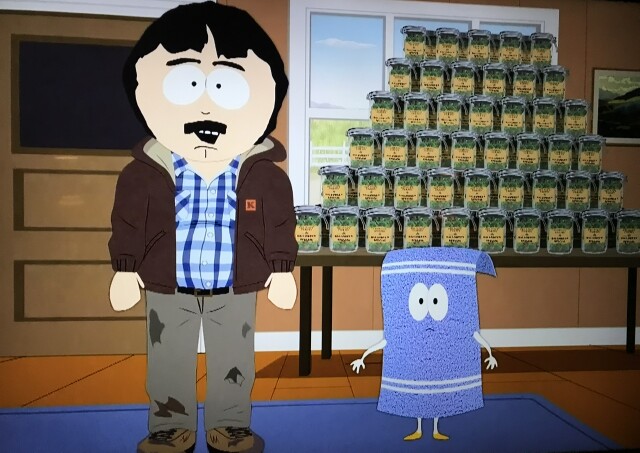 With so many shows now available, and new ones arriving every week, picking the top programs of any given year is now a game of personal preference, rather than a pure acknowledgement of quality.  That’s why my Top 25 Programs of 2019 list contains a few surprises, including those of omission.  My list will be presented in five consecutive columns featuring five shows each, beginning with No. 25 and building to my choice for No. 1 -- the Program of the Year.  You can check out part one here.  Now, on to the next five. 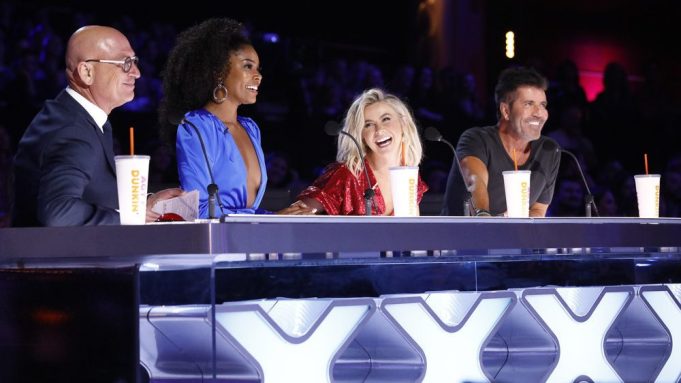 Recent controversies aside, NBC’s reliably entertaining summer staple did not disappoint (even without the much-missed Mel B and Heidi Klum at the judges’ table).  Although the network now includes an all-star version of this show on its midseason roster, it is remarkable to me that it has never removed this vibrant show from its summer berth and burned it out during the “traditional” broadcast season, which runs from September-May.  As a result, ratings for AGT remain robust every year, the network dominates among broadcasters during the summer months, and it has a dandy promotional platform in place through which it familiarizes the audience with its upcoming new fall shows.  (That doesn’t do much good when the shows are bad, but we can’t blame the publicity and promotion AGT provides for the failure rate of the networks’ new shows, can we?)  Judge and executive producer Simon Cowell repeatedly referred to the 2019 edition as AGT’s best season yet, in terms of talent, and it was hard to disagree.  (Watching at home it was impossible to pick the winner, but congratulations once again to champion Kodi Lee, the clear audience favorite.)  As I have noted before, the integration of the long-time sponsor formerly known as Dunkin’ Donuts (now simply Dunkin’) remained one of the most vivid advertiser partnerships in all of television, and certainly the best since Fox’s relationship with Coca Cola on the original American Idol.  In tandem with American Ninja Warrior, another summer sensation, AGT makes NBC the place to be on those lazy, hazy summer nights. 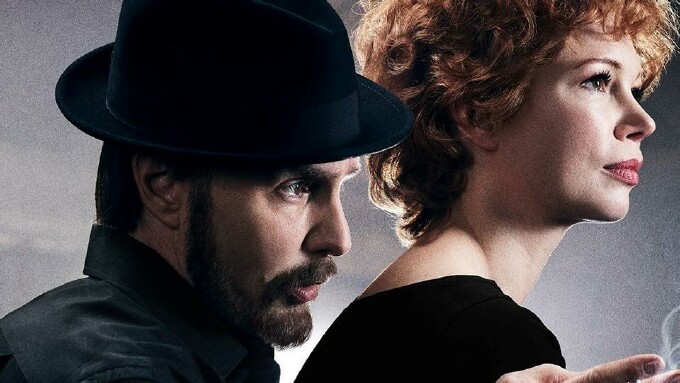 We’ve had better limited series in recent years, including 2019.  But I can’t recall a performance in any of them that was superior to that of Michelle Williams as four-time Tony Award-winning actress and dancer Gwen Verdon.  Williams has matured into one of our finest actresses, but even with four Academy Award-nominated performances to her credit, she outdid herself in this role.  It’s always thrilling to watch a performer hit her peak, as Williams repeatedly did, conveying more passion, disappointment, skepticism or rage with a fleeting glance or quick turn of the lip than others might do in entire plays or movies.  Oscar-winner Sam Rockwell was also great as Verdon’s second husband and professional partner, the legendary choreographer Bob Fosse, and everyone in the supporting cast was given time to shine (especially Margaret Qualley as actress and dancer Ann Reinking, and Kelli Barrett as Liza Minnelli).  But this was Williams’ show from beginning to end.  She went on to win the TCA Award (giving the most profound and heartfelt acceptance speech I have ever heard) and the Emmy Award (stealing that show, too, with an acceptance speech that was one for the ages).  Brava! 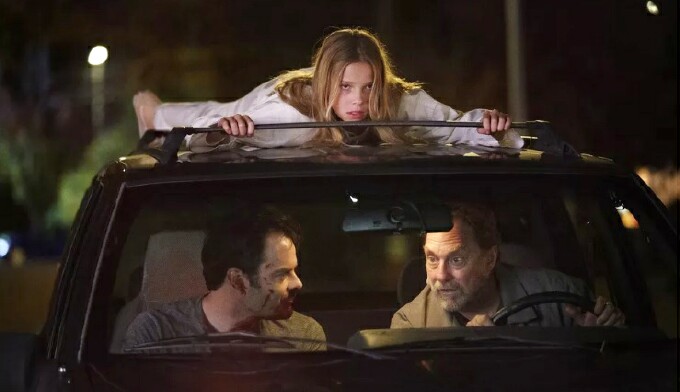 I have never been as taken with this violent comedy as most of my colleagues, but I have loved every minute that Henry Winkler has been on screen during its first two seasons, and I have found Bill Hader to be consistently fascinating throughout as a hapless hit-man who discovers a love of acting and aspires to change careers.  Their performances, and those of the rest of the cast, had me considering a spot on this list for the show, but it was one episode in particular – the much-talked- about ronny/lily, that secured it.  An instant classic quite unlike anything I had ever seen on television, it featured several brutally violent and brilliantly choreographed fight scenes, one of them pitting Barry against a little girl.  (I know how that sounds.)  Surprisingly, it was probably the funniest sequence I have seen in this series to date.  (I know how that sounds, too.)  Trust me, it played much better than it reads here.  This stunning half-hour was written and directed by Hader, making it a career-best trifecta for him.  And it premiered right after The Longest Night, the long-awaited episode of Game of Thrones in which our heroes battled and conquered death itself – making it truly an exhaustive night for HBO viewers. 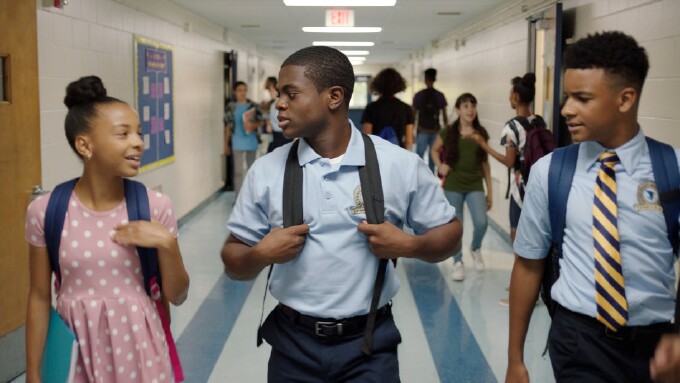 It’s hard to find the right words to describe OWN’s most distinctive scripted series to date, so let’s go with something Ms. Winfrey herself is quoted as saying in the press kit for the show.  “It literally took my breath away.  The whole piece is just one exalted, beautiful, intriguing, penetrative poem.  We’re now doing poetry in scripted TV.”  A lyrical, trippy, gritty coming-of-age story about a teen prodigy surviving life in Florida housing project, David takes some time to get used to, and even longer to fully understand.  But once it grabs you there is no turning away.  Sixteen-year-old Akili McDowell gives a breakthrough performance in the lead role.  Created and written by Tarell Alvin McCraney, who wrote the Academy Award-winning drama Moonlight, this quirky, eccentric, authentic gem didn’t get nearly as much attention as it deserved when it premiered last August (perhaps because it premiered in August), but I have the feeling it is going to come around again.  With Oprah Winfrey and Michael B. Jordan as executive producers, how can it not? 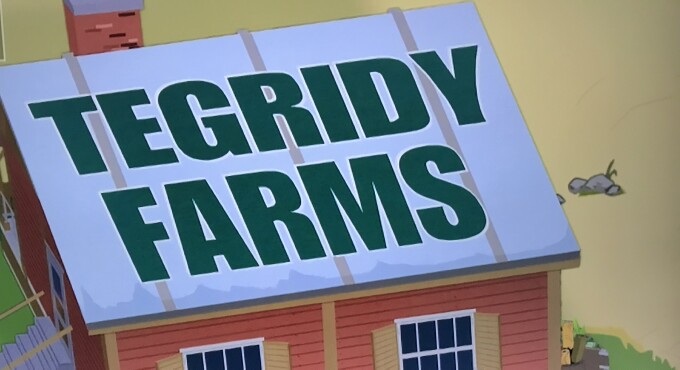 In its most recent season this long-running animated marvel became something new:  A brand-new animated marvel titled Tegridy Farms (with an opening image reminiscent of one of television’s all-time greats, the unapologetically goofy Green Acres).  It was all in keeping with the reputation TV’s most relentlessly relevant show has maintained for over 20 years, showing and saying and challenging everything that everyone else is too timid or intimidated to point out.  Diving into the legalization of marijuana and the current cannabis craze, with dispensaries that look like Apple stores popping up on every other block and new CBD-infused products appearing every other week, the focus of South Park turned to Stan’s father Randy, who owns and operates his own cannabis empire, with puts “integrity” and pride of product above all else.  His business associate, stoner bath towel Towelie, oversees quality control.  Series creators Trey Parker and Matt Stone have made sure to keep other stories going and have ensured that Cartman and his pals remain at the center of the merry madness, including the recently added P.C. babies.  As South Park prepares to enter its fourth decade, it continues to make clear that nothing is sacred and no-one is safe from Parker and Stone’s ferociously fertile commentaries on current events.