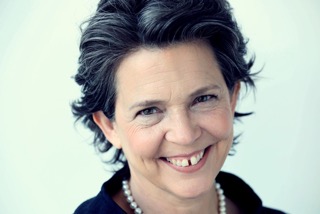 Madonna Badger, Chief Creative Officer, Badger & Winters, Jury President for the Glass Lion at The Cannes Lions International Festival of Creativity 2018 and Founder of #WomenNotObjects, is a crusader for gender equality, empathy and humanity in the advertising business and beyond.  She overcame unimaginable loss and in recent years has made it her personal mission to eliminate the objectification of women in advertising.  On January 9, 2019, Badger will be inducted into the Hall of Diversity during the Advancing Diversity Honors at CES.  In a recent interview, she discussed how she woke the advertising world to the societal dangers inherent in objectification.

“Empowering Women was a creative pitch [that never went live] about wearing red lipstick that didn’t work,” Badger recalled.  “We videotaped Millennial women in ‘listening labs’ as we wanted to hear their thoughts.  Almost all loved red lipstick as it made them feel great.  But, they said that they’d never wear it when asking for a raise.  After some digging, we learned that they didn’t want to objectify themselves.  In fact, they don’t like to go into work wearing makeup at all because they want to downplay their femininity to be taken seriously.  This insight validated the notion that culture prizes women for how they look and not what they can do and who they are.  That’s when we really started to understand the impact of objectification of women, specifically in advertising.”

#WomenNotObjects was born out of these insights.  The timing of this initiative was concurrent with the outrage sparked by the ultra-sexist Carl’s Jr. Super Bowl campaign and the ad which showed a naked woman wearing only Stuart Weitzman shoes.  It was clear that this mode of advertising was really hurting people.  “Nevertheless, as with any campaign we did not know if the initiative would resonate,” Badger explained.  They launched the campaign anonymously with “mommy” bloggers.  Next, Badger went on Todaywhere she was interviewed by Matt Lauer – who was fired from NBC in November 2017 following a complaint about inappropriate sexual behavior in the workplace.  The interview immediately went viral globally as the campaign proved to be instantly relatable across genders and borders.

Badger and her partner Jim Winters made it their mission to speak on the mainstage at Cannes in 2016 to share insights about #WomenNotObjects.  Once there, Badger petitioned tirelessly for the organizers to refuse ads that objectify women.  It worked.  In 2017, new rules were established and formalized in the jury packet that call for the disqualification of ads objectifying women.  When asked what she is most proud of, without missing a beat Badger said, “the Jury packet changes at Cannes.”

Badger encourages colleagues to speak up as she does on a relentless basis at advertising agencies, technology companies, industry conferences and festivals to share the message of #WomanNotObjects.  For best practices, Badger directs people to go to womennotobjects.com.

The goal is to reach creators and other decision makers who can change hearts and minds about portrayals of women.  In doing so, she uses the power of empathy to help the industry understand the harm of objectification.

Badger posits that “onscreen portrayals are so important on every level but alone they’re not enough to change minds.  It’s so easy for people who are bigoted or prejudiced to watch and enjoy RuPaul on TV; they can enjoy that show but that does not mean that they have any real empathy or identification with him or her as a person.  What has the most power is human-to-human relationships and people accepting one another for who they are.”

Badger considers Shelley Zalis, CEO, The Female Quotient and Founder, The Girls' Lounge; Marc Pritchard, Chief Brand Officer of Procter & Gamble (and fellow Advancing Diversity Inductee), and Caroline Tastad, Group President North America and Executive Sponsor Gender Equality at Procter & Gamble to have been mentors and invaluable sounding boards throughout her career.  Badger mentors everyone who works for her -- or tries to.  She finds wearing the “mentor hat” versus the “big boss hat” to be very fulfilling.

In addition to her work in fashion and beauty, Badger would like a seat at the table working on different categories of business where women are still not portrayed as whole or even strong. Categories like electronics, automotive and spirits.  Badger selflessly shared that, “If I’m not that woman at the table, I’d like to help women at other agencies to be that person.”

Women helping women in the realm of competition is changing slowly but is necessary.  With so many organizations in the gender equality space, she thought out loud that “I wish we all could come together as one.”

The Advancing Diversity Honors + Hall of Diversity Induction at CES is an opportunity for the advertising and media community to join hands in solidarity and support for diversity and inclusion. In addition to Badger, inductees into the Hall of Diversity will include Marc Pritchard, CBO, P&G; Diego Scotti, CMO, Verizon; Pam El, Executive Vice President/CMO, NBA; Ricardo Marques, Vice President Marketing, Budweiser; Kat Gordon, Founder + CEO, The 3% Movement; Bob Liodice, CEO of ANA, and Alma Har’el, Director/Founder, Free the Bid.