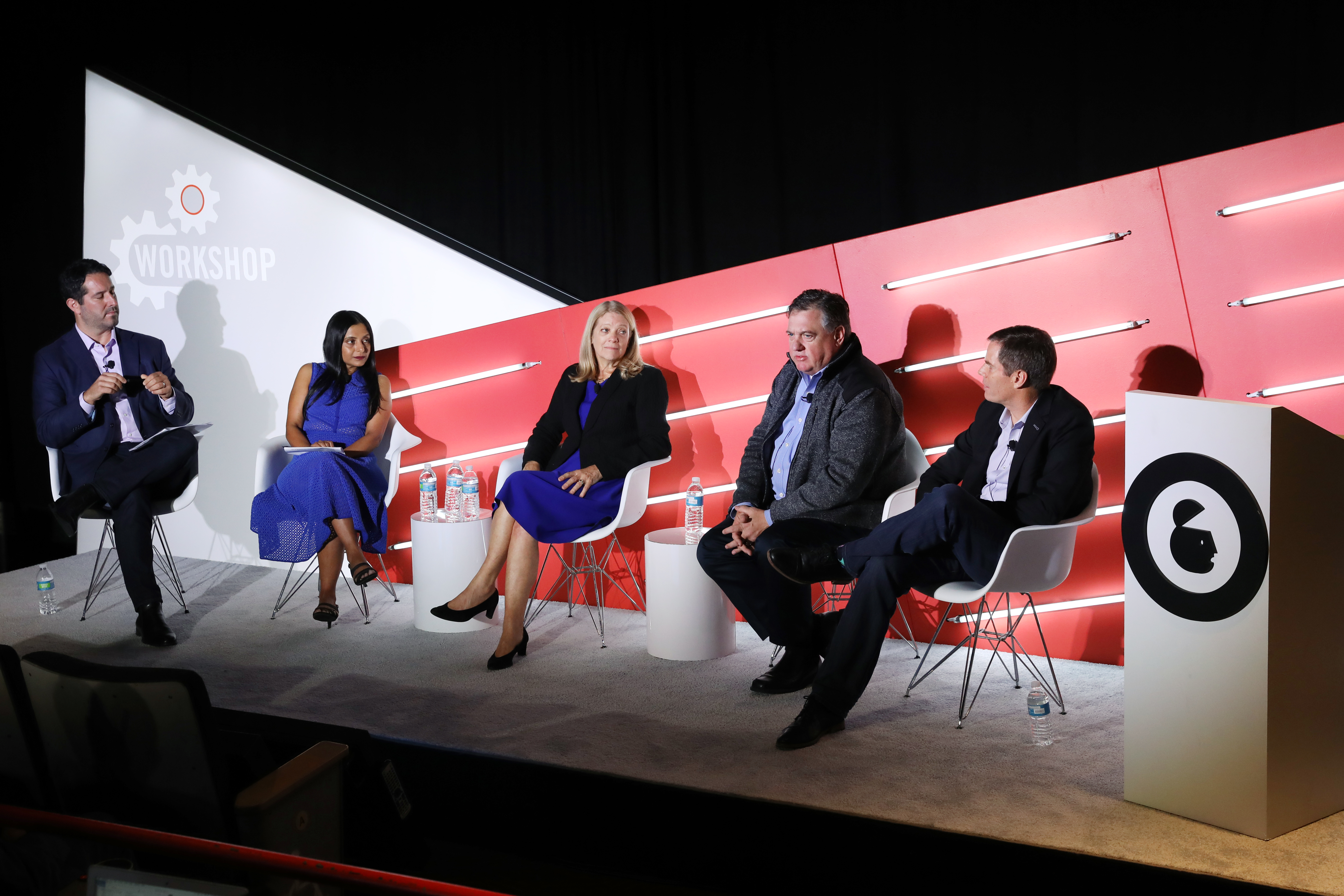 Speakers on the "Media Measurement Priorities" panel at Advertising Week punctuated the discussion with a call-to-action for all players in the media ecosystem: Join together to create a consumer-first, privacy-compliant data repository to enable both better targeting and more accurate measurement and attribution. It's a lofty goal that faces both political and technical challenges.

Moderated by Louis Jones, 4As' executive vice president, media and data, the panel was divided into two parts: The first highlighted the agency perspective and featured Jonathan Steuer, chief research officer of Omnicom Media Group, and Ed Gaffney, managing partner and director of implementation research at GroupM. Both agreed that the notion of one currency to rule them all is unrealistic and not necessary.

"I am a fan of a common framework, versus a single currency. Impressions against a target audience is what we want to measure," Steuer asserted.

The industry is currently reeling from consumer backlash against over-saturation and frequency fatigue. Marketers are likewise struggling to understand how to maximize reach among growing evidence that digital media, in particular, is delivering unreasonably high frequency against top-consuming quintiles. So, the topic of how to understand and manage "unduplicated reach" in an increasingly cross-screen universe is a priority.

"Getting to an unduplicated reach number today is a challenge because we have a TV currency based in aggregate and not humans. We must understand how to convert device delivery data to individual humans," Steuer said. "We need a matchable, privacy-compliant framework. We need the industry to agree on a common identity framework, whether it's TV data, ACR data, set-top-box data, [or] server logs, with the use of strong cryptography — which would lead to a more accurate report of duplication at the end of a campaign. This repository would relieve the need of any one supplier to give up their 'data keys to the kingdom,' but would allow us a repository to query."

Gaffney summed it up best: "We don't want the data. We want the answer."

Their discussion focused on cross-media measurement, attribution, and data privacy. In particular, the conversation centered around the recent cross-media audiencemeasurement specs that MRC released on September 4. Those specs address critical issues such as viewability, data collection, adjustment for unique users, tracking of advertising and content, determination of sound on, and duration of video views. But, certain areas, such as weighted duration metrics, have proven to be both difficult to comprehend and controversial, as some believe it inherently biases toward completely viewable video media — aka TV. This standard does not go into effect until 2021.

Ivie recounted that when viewability metrics were first released seven years ago, there was also significant backlash with several constituents saying that the viewability goals not only couldn't be achieved, but also couldn't be measured. At that time, less than 50 percent of the viewable occurrences could even be measured but, today, that number is up to 99 percent. "Tech environments innovate and a standard is the first step in a long journey," Ivie said.

There appeared to be a bit of underlying tension in terms of priorities for those whose roles are weighted more to content than advertising. CBS's Subramanyam explained that, as much as she values improved advertising metrics, ad revenue represents a smaller portion for CBS than sales of the content they produce to other networks and platforms, such as Fox, Netflix, and Quibi. She explained that she's looking for equally advanced content metrics that are consistent with the advertising metrics. "It doesn't matter to me if the [reach/frequency] metrics are perfect, as long as I have a general sense of my content ranking. The complexity is ridiculous. I need simplicity and more reconciliation between advertising and content metrics."

All of the panelists agreed that there has been positive movement towards a better understanding of cross-media metrics, but there still is a hurdle between media theory and practical implementation in a competitive business environment. CIMM's Clarke explained that, although more people are willing to share ad impressions data, certain TV company owners, who own a large portion of data, are conflicted. "Sometimes privacy is the excuse, but there are a lot of other business reasons, as well," Clarke said.

In discussing the heightened awareness of privacy and how upcoming state legislation will challenge anyone who collects and uses data, all of the panelists agreed that any approach to privacy must be consumer-first. "Technology may solve some of our problems," Ivie said, "but there has to be an infrastructure around it that ensures initial trust, continuity of trust, and that the technology is delivering on what it [claims]."

For many in the industry, these discussions may seem all too familiar. But the overall consensus seems to be coalescing around the combined need of consistent, transparent, agreed-on industry standards, technology to implement those standards, and unbiased human oversight to audit and confirm them for the betterment of the entire advertising ecosystem.