It’s a Smart TV/Device World After All 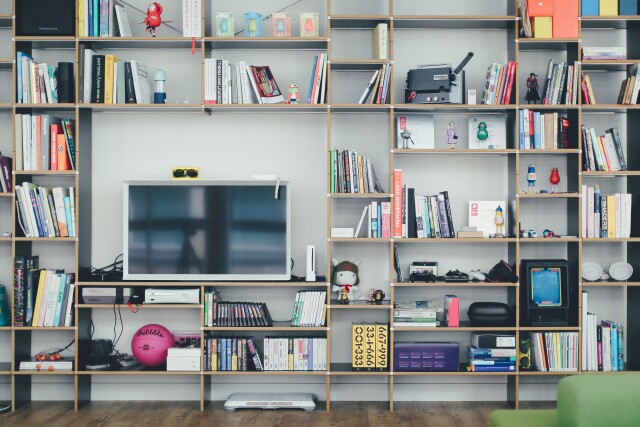 At the Digital Content NewFronts this past spring, participating content organizations like Hulu, YouTube and Refinery 29 were declaring one point over and over again:  A growing percentage of their audience is not watching their content via smartphone, tablet or computer.  They are watching their content, in one way or another, through the television set.  To be more specific, the smart television set or a device -- plug-in, thin stick or set-top box -- connected to a smart set.

Refinery 29, in fact, disclosed at its NewFront event that half of its viewership comes from smart TVs and devices.  Seconds after celebrating that milestone with a video wall graphic, Refinery executives announced plans this fall to launch Channel 29, a 24/7 source of scripted and unscripted programs, exclusively through smart TVs and devices.  There will be quite a few content players, old and new, joining Refinery 29 through the end of 2018 in starting up services for which smart TVs and devices will be the main distribution avenue to consumers -- if not the distribution avenue.  Among them: DC Universe from Warner Bros/Warner Media and The Stage Network (all about the theater world).

Driving this activity:  a growing sense that penetration of smart sets and devices has reached critical mass in the U.S. TV household universe, and usage of these products are still in forward momentum mode.  According to Nielsen’s Total Audience Report (TAR), released earlier this month, 76 million or 63.2 percent of all TV households possess at least one smart set or device, a more than 50 percent increase from winter 2016-17.  Total Audience Report’s conclusions are as of the end of March 2018.

Peter Katsingris, Nielsen’s Senior Vice President of Audience Insights, labels smart TVs and devices from Roku to Chromecast as “that extra touchpoint” giving users more of what they want to see on Netflix, Hulu, CBS All Access, Sony Crackle, YouTube Premium and a burgeoning roster of such recently introduced services as ESPN+, Afrolife.TV (billed as the Netflix for African-Americans), Revry (directed at gay, lesbian and transgender audiences) and Bluprint (NBCUniversal’s crafts-and-beyond digital outpost).

“It’s all about the individualization and customization of options that (consumers) have, whether you’re a teenager in your bedroom or a child in the living room, or the person in the kitchen," Katsingris says.

More notable from this Nielsen report is the across-the-board jump in smart TV/device adoption.  For example, “penetration is high among Hispanic households and even higher among Asian-American households,” Katsingris says.  “The younger generation is more likely to have one of these devices as their behaviors are more likely to involve streaming, as opposed to traditional viewing.”

Univision estimates that 46 percent of all Latino households possess a smart TV or device as of four months ago.  That’s up 28 percent from a May 2017 estimate of the same household base (36 percent).  “The growing popularity of smart TVs and the accessibility of broadband connections has influenced smart TV popularity and impacted the Hispanic market positively,” explains Roberto Ruiz, the network's Executive Vice President of Research, Insights and Analytics.  “The landscape is rapidly changing, and with it an opening for growth among marketers and distributors who are seeking to tap into the Hispanic consumer world.”

The younger the age group, the more time they spend using smart TVs and devices on a daily basis, according to Nielsen’s TAR.  Adults 18-34 devote at least one hour per day with these products, with a growing portion of this community spending three-four hours per day in front of a smart set.  Among adults 12-34, the minimum time per day is 30 minutes.  The average smart-TV time per day when all demographics are accounted for is just over 2 1/2 hours (as of the last three months of 2017).

Although people over age 34 generally spend less time catching content on smart TVs and devices, that outlook is starting to shift, Katsingris says.  “Once people acquire (these products), they incorporate them into their behaviors almost immediately, and you see impacts on their overall media behavior.”

As more people switch out their current sets for smarter models with increased functionality (at ever-lower prices), their usage curve will considerably rise.  More leaps in usage will come from cable subscribers whose operators put smart TV elements into their set-tops, and the base of cord-cutters, shavers and nevers “who will still need a device to stream the content they love.  The smart TV might be their best bet,” Katsingris asserts.

If television stations are not on a learning curve over what smart TVs and devices can do at present and in the future, now’s the time to jump-start one, says Sinclair Broadcast Group executive Scott Ehrlich.  “The distance from the screen, interface and screen size all point to a different consumption pattern and the viewing-time data backs it up," he notes.  "People watch more video, longer, in a big-screen session than a small one.  As programmers, that informs the choices we make in packaging and presenting content on various platforms.”

Will this new wave of services -- which is expected to include Apple, Walt Disney’s family-focused resources and possibly Walmart next year -- succeed inside a smart TV/device universe?  And, as a fast-growing number of sets and devices incorporate artificial intelligence-powered features like Siri, Alexa or Google Assistant, will viewers use these products to usher in that long-awaited age of interactive content, advertising and commerce?

“I don’t know right now,” acknowledges Katsingris.  “It all depends on where these services make themselves available, the preference of the consumer and what they have access to.  It's definitely something to keep in mind as we continue research.  There’s more we can do to understand how time watching or using TV is split up -- streaming versus gaming to the set versus other services -- and who is using these new features.”