Ken Auletta to Speak at the Video Everywhere Summit 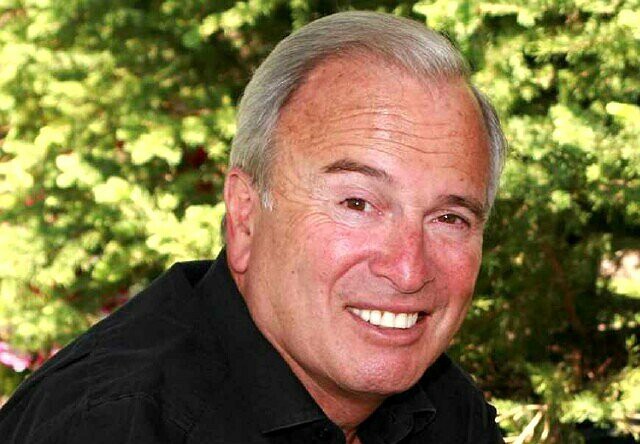 Ken Auletta has been writing the Annals of Communication column for the The New Yorker since he was hired by Tina Brown in 1992.  He is the acclaimed author of books such as Three Blind Mice: How the Networks Lost Their Way and Googled: The End of the World as We Know It.  His latest book, Frenemies, has been received with the same fanfare and heat.  (For more, read Jack Myers exclusive interview with him.)  Auletta is a great observer of the media business and will talk about the book and the concept of Frenemies at the Video Everywhere Summit on October 30.  DPAA President and CEO Barry Frey caught up with him for a brief Q&A.  (Frey also interviewed LUMA Partners CEO Terry Kawaja and Deloitte Digital CMO Alicia Hatch, who will also speak at the summit.)

Frey:  Your new book Frenemies is garnering significant attention in the advertising and media communities.  Please briefly tell us what the books is about.

Auletta:  Frenemies argues that advertising and marketing dollars are vital to support most old and new media, not to mention its vital role in linking the sellers of goods and services to buyers.  But the disruption that has struck most industries -- from music, newspapers, magazines, radio and television, taxis and hotels, book stores and department stores -- now strikes advertising, endangering the industry's advertising subsidies.

Frey:  Who are the advertising world’s leading frenemies?

Auletta:  For advertising agencies and their holding companies, the frenemies are many.  They range from publishing platforms on which they place their ads, and which now have formed internal ad agencies; to Facebook and Google, to whom they sell ads but who also go around agencies to deal directly with clients; to consulting companies that once advised agencies and now compete to gobble up agencies, to clients who increasingly take advertising work in-house.  But the foremost frenemy, the one that poses an existential threat to advertising itself, is the consumer.  The consumer hates being interrupted by advertising, particularly on their mobile phones, which is as personal to most of us as is our purse or wallet.  Twenty percent of Americans -- and one-third of Western Europeans -- have ad blockers on their mobile phones.  More than half of Americans who record television programs on their PVRs skip the ads when they watch the recorded programs.

Frey:  There’s a fine line between privacy issues and putting targeted, relevant messages in front of consumers.  What grade would you give the ad community on how well it is walking this fine line?

Auletta:  An incomplete grade.  The ad community is rightly anxious about the future of advertising and eager to latch onto ideas that might brighten business.  I sense that the ad community in general exhibits too much faith in targeted ads and too little awareness of the privacy dangers.  I don't think we yet know whether targeted ads meant to be embraced by consumers as a service will instead be seen as creepy.  And if they are seen as invasive, beware that the U.S. government will intervene as has the European Union.

Frey:  How do you choose the topics for your books, and do you have one in mind for your next project?

Auletta:  I liken what I've done in reporting 12 books to visiting new planets -- getting to know the natives, the customs, the challenges -- and then moving on to a new [one].  I am now brooding over what that next planet will be.

Frey:  Does the President’s repeated charges of “fake news” concern you in terms of the media maintaining its credibility as a watchdog over government? Has trust in media been irreversibly damaged because of the constant attacks?

Auletta:  Senator Pat Moynihan famously said that people are entitled to their own opinions but not their own facts.  I think that Donald Trump's "fake news" and "enemy of the people" refrains empower his supporters to embrace his "facts," as opposed to the "facts" reported in much of the press.  A democracy relies on the public accepting a common set of facts and acting on them.  And it relies on checks and balances, including a check by the press on the abuse of power by governments.

Frey:  What media do you consume on a daily basis?

Auletta:  A plethora of media, including The New York Times, Washington Post, Wall Street Journal, Financial Times, New York Post, cable and network news, and a blizzard of media and other digital news sites that I either subscribe to or arrange to appear in my in-box daily.

Frey:  You've attended and spoken at past DPAA Summits and know the sector. What's your impression of digital out-of-home advertising and how do you see it fitting into the broader ad landscape?

Auletta:  I believe digital out-of-home advertising has real growth possibilities. Consumers are wary of advertising that interrupts them on their mobile phones, their televisions and portable devices.  As advertisers throw more ideas against the wall to see what sticks and will gain attention, you have opportunities to create new forms of advertising, novel advertising vehicles with messages that will surprise rather than annoy.