Measuring to Up Inclusion: The #Inclusive100 Index 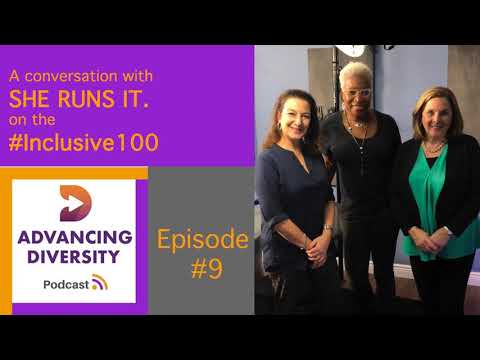 In a recent Advancing Diversity podcast conversation with Lynn Branigan (below right), president and chief executive officer of She Runs It, and Carol Watson (below left), senior director, global advisory and consulting services of Diversity Best Practices, I learned some sobering statistics that emerged from their #Inclusive100 survey. For example, women and people of color are actually declining in the executive ranks of the advertising, media, and tech space, down to 29 percent. Not close to parity and definitely not the direction we want to go. I also learned these two women have a vision for how to turn things around. And it may be tied to those very stats they uncovered.

Watson actually hired Branigan back when She Runs It was known as Advertising Women of New York. The now multi-city community has grown, as has their friendship, both evolving into powerful forces moving women forward in the industry. "Carol taught me an awful lot, let me ask a lot of questions, and really made me feel fearless in my role. So, it grew from a good working relationship to a strong friendship," Branigan says. Watson adds that, as the first person of color to serve as AWNY chair, she "felt a huge responsibility to make sure that the organization was inclusive.... Lynn and I bonded over her openness for change in the organization and embraced all the great initiatives that we wanted to put forward." 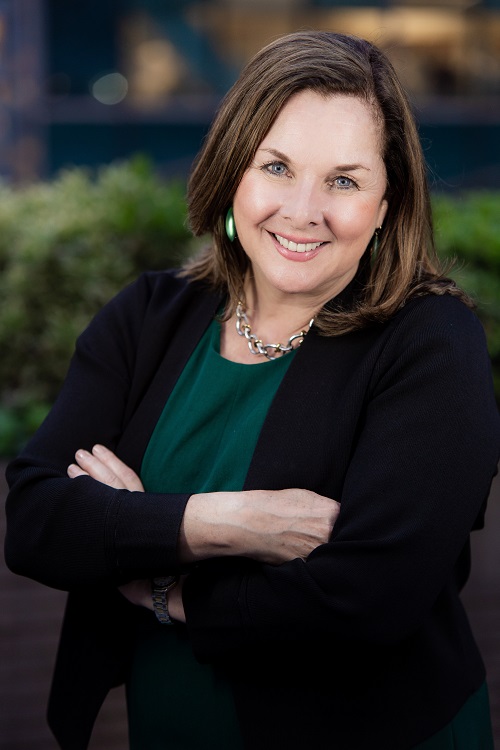 The inspiration and opportunity to benchmark the state of inclusion was born out of comments IPG's Michael Roth made to Branigan, telling her that the company that stands for women of all ethnicities and perspectives will be a game-changer. Branigan immediately sought out Watson, who'd moved to Diversity Best Practices (which has been conducting surveys and benchmarking for 30 years) and asked to brainstorm a solution. "Carol told me that it's really difficult. It takes measurement, accountability at the leadership level, and a commitment to act," Branigan says. But an idea came out of their discussion: "a tool to anonymously measure the state of inclusion, representation, and culture inside companies, ... combined with an open forum to share actionable best practices with one another." In other words, a la the positioning line of the movement, "what gets measured, gets done."

As they describe in detail in the podcast (availablehere, or on Spotify, Stitcher, and Apple, and summarized in the edited points below), most companies feel bad or ashamed about lagging levels of inclusion and shy away from knowing more. But the purpose of benchmarking and the survey is to provide a roadmap to understand the indicators of change. "It's less about where are we now and feeling bad about the numbers going down, and all about what will make a sustainable difference in how companies show up, how they work, how can they be more inclusive. It's far more valuable than just checking boxes." Branigan explains.

In the two friends' harmonic style, Watson — who previously helmed Tangerine Watson Inc., specializing in talent acquisition and inclusive leadership development — chimes in: "It provides a baseline. And, in my experience doing recruiting, companies had a perception of change, [and] talent had a perception of who was doing a good job and whether the investments that have been made have made a difference. But we've never anonymized and aggregated the information before, and that was really the validator — versus just asking people what the demographics were."

"Companies really want to know how we move forward. 'How can you advise me in a very powerful way?' ...You can't just say you've been doing a lot; you have to measure — and what's happening with LGBTQ shifts, disability, veterans; all of those things are covered within the index. It's a very holistic, data-based approach, which has been really missing in the marketplace."

The #Inclusive100 was launched with three goals in mind: measuring 100 companies by the end of 2020 (they are currently at 30), sharing 100 repeatable best practices, and propelling the participating companies to a perfect score of 100. The latter, Branigan stresses, "doesn't mean you are perfect, but that you're doing all the right things to have a workforce that's inclusive and representative of the customers you serve." 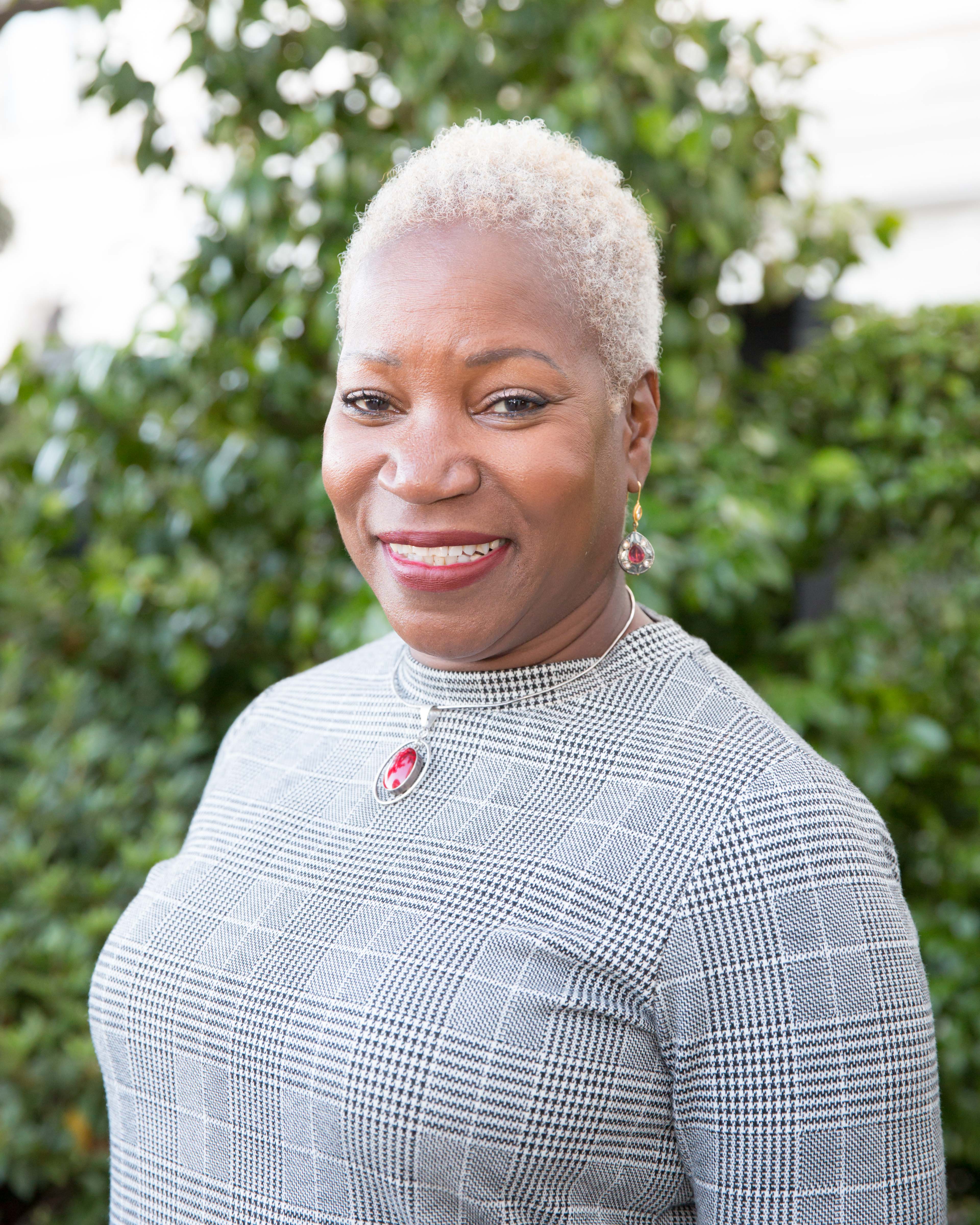 Watson adds that "there's such beauty in the community sharing, and it's not about a reward and recognition, but about, how can we do better? How can we get this right? What are the things we didn't know, who to ask, and who has figured this out — not only in advertising and media, but also tapping into some of the partners and brands outside the industry that can share what they're doing, since they're a little further along."

She provides examples, including one from Unilever, which shared its cultural immersion program and the roadmap the company traveled to move forward from a challenged ad campaign. Unilever "pulled down the walls around transparency and evaluated the business impact of looking holistically beyond the demographics, and [determined] how to be inclusive in the systems and practices, and how to get the work out," she notes. Branigan adds that when participating company Forsman & Bodenfors was looking for a pay equity tool, Leo Burnett shared the tool it was using. "There's just a lot of that sharing. It's a really amazing experience."

Getting to hundreds of participants is not hindered by finances. Participation in #Inclusive100 is free because She Runs It and Diversity Best Practices wanted to remove all barriers to participation — at least in the first two or three years. But Branigan thinks "the tipping point will be when some really large companies see the work and say, 'We're behind this.' We have the IAB supporting us, we have the4As supporting us. Marc Pritchard and Carolyn Everson are [working diligently] to gather all the different entities [that] are trying to do work in this space, so they can amplify each other's work. But people might not realize that this data is anonymous."

One of the biggest drivers of adoption comes from the marketer side, according to Watson: "CMOs really are trying to get their agencies and media companies to move forward, but sometimes there's a disconnect between those that are responsible for that data and those that really want to drive that change. So, we work on both sides of the aisle to show alignment around why and how this can come together in a powerful way."

As Watson notes, "The great thing is, even if they're just beginning their journey, completing the questionnaire is a great start for companies to understand how to set up a structure, what things they want to prioritize. We ask about supplier diversity, philanthropy, how you're allocating dollars.... It's like going to the doctor for your annual checkup. It's not just a five-minute visit; it's a great diagnostic scan. The #Inclusive100 consortium delivers the prescription and we all have to take our medicine."

Now, as more companies and brands are asking their marketing partners how they're doing around D&I, Branigan points out that many are realizing "they can ask our partners if they're an Index company and it becomes a measure in an RFP.... And the same thing for talent, especially young talent, which always wants to know what the company's philosophy is around inclusion and diversity. Even just participating in the questionnaire shows [that] the company is doing the work that it takes to get there."

As part of MediaVillage's Advancing Diversity initiative, founder Jack Myers espouses five key elements that are essential in moving from advocacy to activism. Certainly, Branigan and Watson have nailed the research element, core to understanding where we're at in our industry and how we've progressed. Branigan will be on hand for the kickoff Council meeting that reviews and initiates a path forward for the remaining elements of education, purposeful investing, communication, and mentoring. In our discussion, they describe how to embrace each.

I encourage you to listen to the podcast in its entirety and, in fact, listen to the previous interviews with all of this year's inductees to the Advancing Diversity Hall of Honors. There will be more coverage on MediaVillage of the forthcoming Council meeting, the Diversity Job Meet-Up, and the Creative Tensions experience, all taking place during CES on January 8 in Las Vegas.