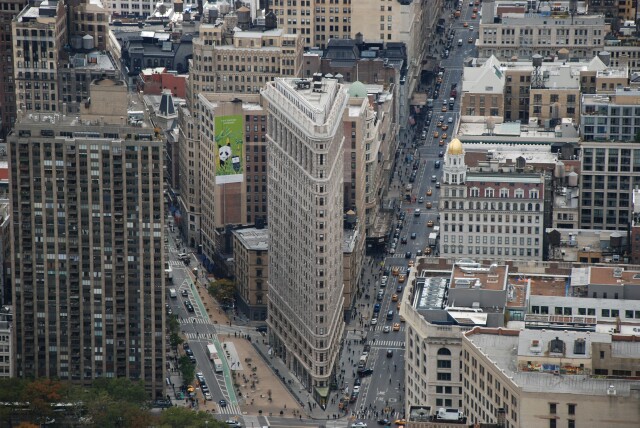 A roundup of the week's key news from MediaVillage member companies and the wider media industry. This week, the highly-anticipated ANA transparency report is finally published, more details emerge on Yahoo bids, GroupM weighs in on ad blockers, AOL strikes a Canadian programmatic deal, Univision tries out Twitter ads, multiple reports highlight the rise of Internet advertising and much more.

The highly anticipated ANA study revealed “evidence of a fundamental disconnect in the advertising industry regarding the basic nature of the advertising agency relationship.” (via WSJ)

+ Those ANA Reports – The Battle Begins

+ Trust in the Media Industry

"We don't see an abrupt switchover during the forecast period, but more of a continued evolution towards more multichannel viewing and more digitally enabled viewing." (via Adweek)

Verizon's second-round bid of more than $3.5 billion was topped by multiple offers at or above $5 billion, according to reports. (via Reuters)

Gannett Says It is Determined to Woo Tribune Publishing

Gannett will keep its offer in place as it “evaluates various near-term developments, including the Tribune second-quarter 2016 financial results, which are expected in August.” (via New York Times)

“Our concern is that this is kind of an opaque way to reach consumers who have explicitly said they don’t want to be advertised to by virtue of them using ad blockers.” (via Digiday)

Complaint filed by Public Knowledge, the Center for Digital Democracy and Consumer Watchdog, also presses FCC to follow through on its proposal to regulate the pay-TV set-top business. (via FierceCable)

"It makes the Olympics more accessible to advertisers who are looking to really seize this always-on moment."  The company has already signed on the USA Today Network and Condé Nast. (via Adweek)

iHeartMedia and WeWork Will Target Entrepreneurs with Branded Podcasts

Partnership will bring live radio, branded podcasts and other content to WeWork's more than 90 co-working spaces around the world. (via Adweek)

Univision, Fox Sports Team Up with Twitter for the Copa America

The two broadcasters are both delivering short clips to Twitter from the Copa America soccer tournament with six-second pre-roll ads. (via WSJ)

NAA is Getting Ready to Accept Digital-Only Sites as Members

Sticking to only legacy organizations may soon prove insufficient for the Newspaper Association of America, and some members may become digital-only in coming years. (via Poynter)

Product placement “represents an opportunity for Hulu to make money … and for brands to reach their target audiences in ways above and beyond a 15-second or 30-second spot.” (via Los Angeles Times)

AT&T is second only to Procter & Gamble in terms of ad spending in the U.S.  Omnicom's BBDO currently handles creative for the AT&T brand, while WPP's MEC fields media. (via Ad Age)

Team Arrow will employ more than 30 people in Minneapolis in areas including analytics, digital, media buying and planning and multicultural strategy. (via Minneapolis Star Tribune)

Susan Wojcicki spoke to The Wall Street Journal about her management style, how often she skips the ad, and which viral star is her favorite: Keyboard Cat or Sneezing Panda.

“The thing we were interested in learning is, when you cut your TV dollars back, how much of a hole in sales driven by your TV advertising do you create.” (via Beet.TV)