When Thanos Snaps, a Mouse Will Roar 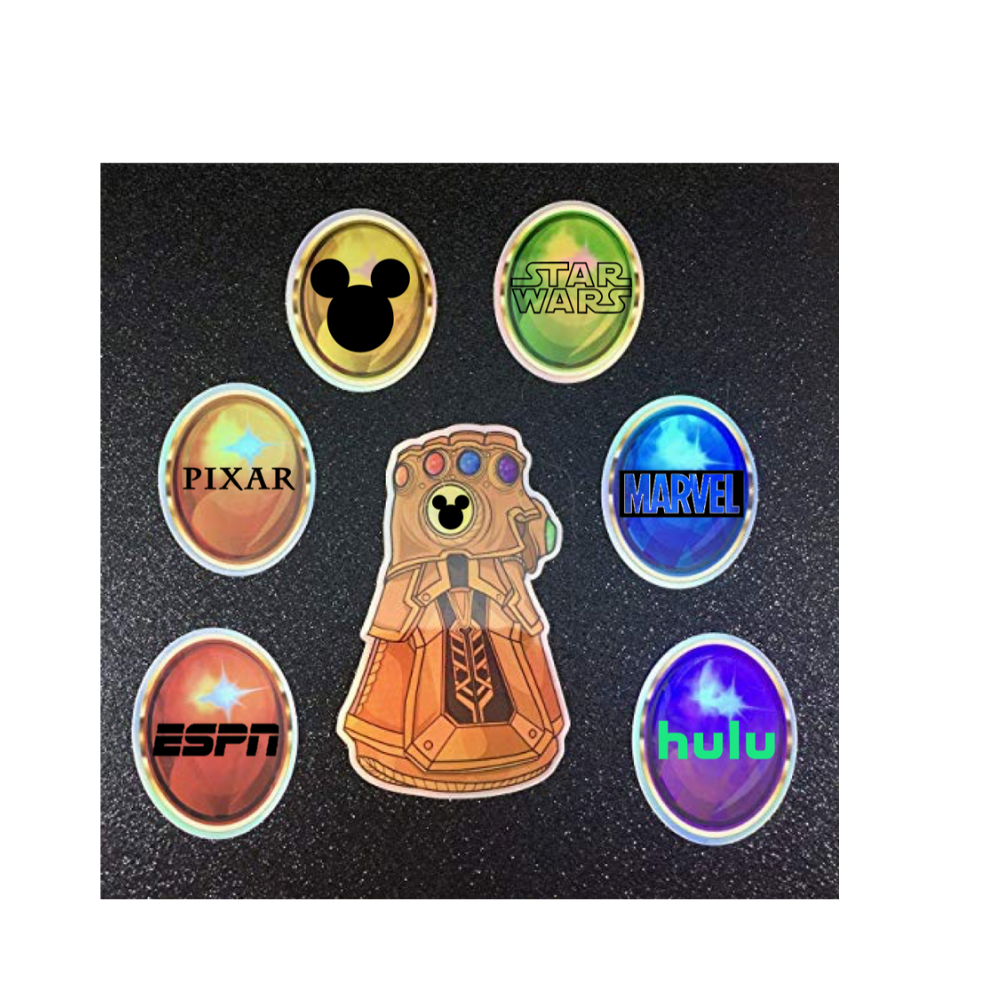 Although half of the media world will not disappear on November 12, 2019, there is little denying that it will be changed forever.  On that day, Disney and Fox assets will be pulled from Netflix, including all of the Disney Animations, Avengers, Star Wars, Pixar movies and Disney Channel TV shows.  Additionally, by opening the entire Disney Classics Vault and producing several originals based on beloved IP -- not to mention including binge-worthy content, such as the first 30 years of The Simpsons -- Disney is not engaging in any kind of “hobby” with their direct-to-consumer OTT play.  The cherry on top?  The top revenue-generating movie of all time, Avengers: Endgame, will only ever be available on Disney+.

To add to this, Disney’s announced intent to create a bundled package of Disney+, Hulu and ESPN+.  Simply put, their intent is -- and they stand a good chance of -- rewriting the entire television landscape and dominating entertainment and culture across all screens in a way that has not been seen since the original Studio Era of the early Hollywood days.

The Myers Report conducted a proprietary survey in conjunction with research company, Element 54, and panel recruitment firm, Maru/Blue.  The online survey, which was fielded 4/26 – 4/28, generated 1,515 respondents.  Nearly half of these respondents (45%) who would ever consider any subscription service are either very likely or somewhat likely to subscribe to the Disney+ service.  This is a significant base for a service that has not been advertised to consumers whatsoever and indicates that demand will be strong at launch date.

Thirty-nine percent of respondents indicated they are not likely to subscribe to Disney+. Reasons for not subscribing were driven by ‘no interest in the content’ or ‘no children at home’ (49% selecting these reasons), indicating perceptions around Disney+ as a product serving a young audience, such as a family with young children.  We believe that once Disney+ is marketed to consumers and they understand the full breadth and depth of the content offerings (notjust for kids), many of these reasons for not subscribing will be reduced.

Per the study, only 22% said that the cost, priced at $6.99/month or $69.99 annually is a factor.  That Disney set the price so low sent shock waves in the media and investment community, as it was initially thought that the service would be priced near or above the Netflix Premium price of $15.99/month.  All content on Disney+ will be streamed in 4K HDR.

While current popular culture may lead you to believe that Star Wars and the Avengers films would be the biggest draw for consumers, the survey actually showed the intense lasting power of the beloved classics, such as Cinderella, Beauty and the Beast, Aladdin, The Lion King and many, many others as the key driver.  Over 80% of survey respondents said that Disney classics are the top reason for subscribing. However, fans of the Avengers, especially males, see the Marvel Universe as a reason to subscribe to Disney+ (69% vs. females at 51%). Excelsior!

Thirty-five percent of respondents said that the announced originals High School Musical: The Series, The Mandalorian (Star Wars), Loki (title TBD), Falcon and the Winter Soldier, Scarlet Witch and Vision, and more was a real driver.  This is an encouraging base given consumers have not yet had a real look at these shows.

Perhaps the biggest question out there is, “How will this impact Netflix?” which is getting slammed by Mjolnir (Thor’s hammer) from all sides with not only the imminent loss of most Disney and Fox content but also the loss of TV series from Warner Bros and NBCUniversal.  Soon, coming off of Netflix forever, is the most streamed show on the service, NBC’s The Office.  Additionally, as confirmed by AT&T’s CEO, Randall Stephenson, last week, WarnerMedia will be taking Friends and ER off as well to be exclusive on their direct-to-consumer play launching in 2020.  Netflix previously paid Warner Bros (prior to the ATT merger) $100 million to stream Friends through 2019, indicating the importance of the show to their subscriber base.

According to The Myers Report, at this preliminary stage, Netflix may lose a bit of their subscribers to Disney+, but it does not seem overly significant, with only 22% saying that they view Disney+ as a replacement to a current TV/movie/VOD subscription service.  This number skews slightly higher in the Northeast, with 28% saying that they see it as a replacement.  However, The Myers Report anticipates that when the pricing for the bundled service of Disney+, Hulu and ESPN+ is announced, which will likely be priced at or just slightly higher than Netflix, the number of people that will see it as a replacement will jump significantly higher.  Given the mass appeal of Disney’s brand on a global basis, the scale is there to make this a real threat to Netflix.

Other interesting insights from the survey:

If you missed the original Disney+ Investor announcement, we have condensed the 210-page presentation down to the most pertinent 77 slides, which you can download below.