When Will Smart TVs Get the Coverage They Deserve?

By Simon Applebaum March 01, 2019 Tomorrow Will Be Televised Archives 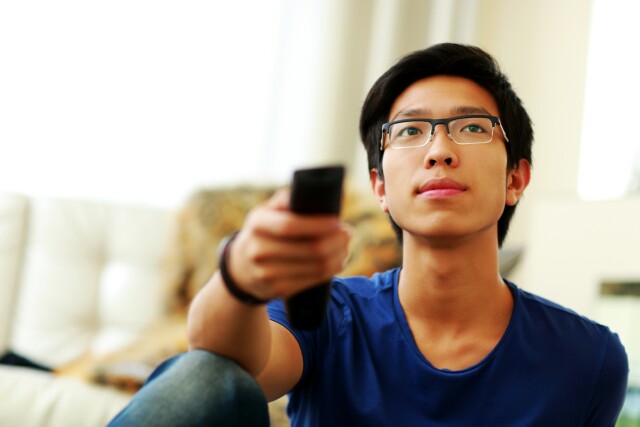 I’ve got one word to encapsulate this era of smart TV mass adoption: remarkable.  It’s remarkable that going into March, around three-quarters of all U.S. television households own and use a smart TV set and/or TV-connected devices, such as Amazon Fire TV, Roku, Apple TV and Chromecast.  It’s remarkable that viewers watch and use billions of hours of programming and applications through these products -- more than eight billion hours collectively per month, according to Nielsen.  It’s remarkable that by both statistical and anecdotal accounts, this is how the public is watching Netflix, Hulu, Amazon, YouTube original series, Facebook Watch, Sony Crackle, DC Universe, CBS All Access, ESPN+ and a growing array of niche content services, such as Conde Nast’s Bon Appetit venture that was served up last week.

This is all happening through smart TVs -- not mobile phones, tablets, PCs or watches.  In all likelihood, this smart TV-using universe will be critical to the fortune of the next round of programming ventures starting up over the next year, involving the likes of Apple, Walmart, Costco (maybe), Walt Disney, AT&T/Warner Media and Comcast/NBCUniversal.

What’s most remarkable of all -- and frankly troublesome -- is that this adoption continues apace despite an incredible lack of disclosure by smart TV makers about their latest features and capabilities, an incredible lack of public discourse about these products at TV and consumer electronics industry events and a general absence of attention paid by the journalists covering media, technology or both to this subject.

Given all that, you have to admire the public for checking out smart TVs without much to go in the press.  Credit goes to marketing and advertising by the various brands involved, especially in-store.  We can only wonder how much further along this mass adoption would be if these products were showcased and covered in a wider, more intelligent way.

Let’s take a deep dive into this.  We’ll start with the smart TV makers; in press event after event over the last year, Apple, Samsung, Google, Amazon, etc. have had plenty to say about what’s new with their mobile devices, PCs or watches.  Plenty to say and plenty of time -- leaving no time, thoughts or demonstrations of new smart TV features -- including the artificial intelligence-powered ability to control what’s on or what’s doable with a consumer’s own voice.

With millions of people using Apple TV and its more than 10,000 apps, was there nothing new or exciting Chief Executive Tim Cook and his associates could detail at their events last fall in Silicon Valley and The Brooklyn Academy of Music?  Nothing big smart TV maker Samsung could pontificate about at its event last week in San Francisco or at Brooklyn’s Barclays Center last August?  Nothing Amazon could announce at an Alexa event in Seattle last fall?  (Alexa plays an increasingly important role in the use of Amazon Fire TV.)  Nothing to say about Chromecast at a Google press meet in New York City?

Moving on to TV and consumer electronics trade events, most conferences in both industries, location aside, devote at least one panel to the current/future implication of smart TVs.  The most recent CES in Las Vegas didn’t spend much panel time on smart TV topics, and what TV developments were highlighted in panels or press conferences focused on picture quality and ultra-high-definition advancements.  Half a year earlier, CE Week at the Javits Center in Manhattan had only one smart TV or device exhibitor – Westinghouse.  A panel moderator did not even raise the subject among a group of consumer electronics retail executives; there was no forum for discussion.  For an event that several years earlier had smart TVs front and center through day-long or half-day panel tracks, CE Week 2018 noticeably (and inexcusably) avoided the subject.

That leads to the lack of any focus by journalists about smart TVs; no matter if they are from national or local newspapers, national broadcast newscasts and cable news channels, or the growing assortment of technology websites.  It’s remarkable that, with stats and incidents of smart TV adoption in their bailiwick, there’s no space, airtime or webpages these journalists can devote to some degree on smart TVs and the apps in play.

One segment I caught on CNBC’s Squawk on the Street program last year said it all.  Shortly after the stock exchanges opened that morning, outspoken co-host Jim Cramer brought up smart TVs and his conclusion that the public is going for them big-time.  Did Cramer’s co-hosts follow up with him then and there?  Nope.  Months later, I’m still waiting for a further review there, or anywhere else on CNBC, especially on their daily tech-focused Squawk Alley hour.

If smart TV makers want to maintain or expand their customer relationships, the time to raise the cone of silence and talk about new features and services is now.  Make the time at future events, wherever they are held, to demonstrate their value to viewers.  To anyone believing otherwise, consider that the next frontier -- interactive services -- may be imminent, and if you don’t talk loudly and accurately about that, doors will open for competitors to do so.

Advertising Week NYC last October took a big step in the right direction by having a full day of panels about smart TVs, dealing in part with interactive advertising strategies.  As for all you media and tech journalists across the country, time to get busy giving the people of this smart TV-adopting nation the vital info they can use in an expanding era of TV possibilities.