Where Are All the Cable Network Podcasts? 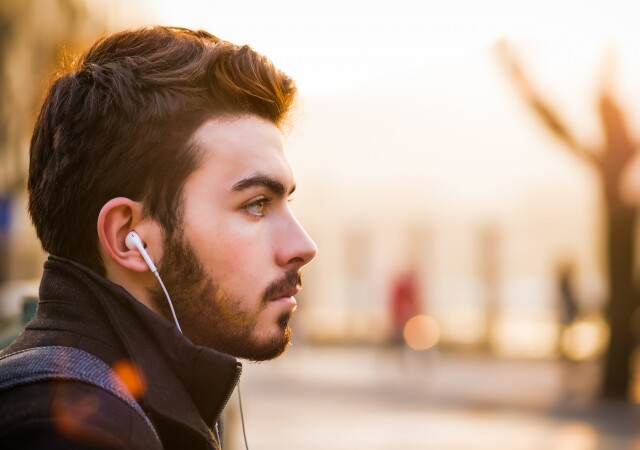 While listeners can choose from some 600,000 podcasts, I see a void that seems ripe for development:  Cable networks creating their own podcasts.  While a handful of cable channels have embraced audio, many others are on the sidelines.  The way I see it, cable networks have all the ingredients to be players in podcasting: niche content, established audiences, popular hosts and a pipeline to distribution and promotion.  Despite the growing number of cord-cutting consumers, cable channels still reach tens of millions of consumers and have established relationships with advertisers.  So, I'll ask again, where are all the cable network podcasts?

Consider, for a moment, all the specialty cable networks that cater to nearly every interest imaginable, from food to sports to travel to crime.  It sounds a lot like podcasting, right?  Cable channels already have the expertise in their areas from video and could adapt that content pretty seamlessly into podcasting.  While cable networks aren't experts in audio per say, they are experienced in content creation, distribution and promotion, and they could always partner with established podcast producers.

There are, of course, some notable exceptions.  Sports networks like ESPN and Fox Sports have robust podcast lineups.  ESPN can actually be a model for other networks in the podcasting space:  Some of its most popular hosts and franchises have podcasts and have even used podcasting as a farm system to develop talent for radio and TV.  ESPN says its 35 podcasts recorded a total of 411 million IAB-certified downloads in 2018, a 43% increase over the previous year.  Unlike most channels, ESPN has a radio network, which gives them a leg up on video-only companies, but there is still a lesson to be learned from the company's embrace of multiple platforms and cross-pollination.

On the entertainment side of the cable dial, Turner is a leader in podcasting with its Turner Podcast Network.  The company produces 60 shows in conjunction with its cable networks, including CNN, TNT and truTV, as well as sports podcasts in partnership with the NBA and NCAA.  Fox News Channel even charges a subscription fee for some of its podcasts, along with free shows.  Crown Media's Hallmark Channel is developing podcasts, but efforts are nascent, and some NBCUniversal channels, including Bravo and Syfy, have dabbled in the space.

Cable fans are so dedicated that some have taken things into their own hands, like the HGTV-themed podcast "HGTV & Me," which is produced independently of the network.  Hallmark Channel has even acknowledged the power of these pirate, fan-created shows with the network's Executive Vice President of Programming Michelle Vicary even appearing on "Deck the Hallmark," a podcast hosted by three men who watched all 37 of this year's Hallmark holiday movies.

However, there isn’t a single network-related podcast in Podtrac’s January rankings, which do include shows from audio companies like NPR and iHeartMedia and, among the top 10 podcast publishers, ESPN is the only cable network.  Streaming audio service Spotify is making big moves into podcasting, including its recent acquisitions of Gimlet Media and Anchor.  A number of print publications, notably The New York Times, The Washington Post and The L.A. Times, have pivoted to podcasting with success.

With podcasting booming and more advertisers wanting in, this is the time for cable networks to plant their flags.  Podcast ad revenue is projected to hit $659 million by 2020, according to the IAB.  Given their adeptness with cross-channel deals, cable networks are well-positioned to grab some of those ad dollars.  By offering brands podcast opportunities, they could attract additional ad dollars.

With podcasting, the key is to find a passion project, either for the listeners or from the host, and use that as the hook to create a community.  This is something cable networks already know how to do, they just need to put those skills to use in a new medium.  Cable audiences are already passionate about their favorite networks.

For a roadmap, let's look at Turner, which produces about 60 shows that Vice President/GM Tyler Moody explained last year represent "another way the company is generating strategic, 360-degree brand opportunities for our roster of high-profile entertainment, news, kids and sports content while creating additional revenue options for the company."

Some podcasts are tied to Turner programming, offering additional content and marketing support, while others are independent.  When CNN debuted its RBG documentary the network launched a six-part companion podcast, RBG: Beyond Notorious, hosted by anchor Poppy Harlow and Chief Legal Analyst Jeffrey Toobin that takes listeners behind the scenes of the production.

One caveat:  Networks need to develop a bona fide audio strategy, rather than just adapting video series to podcasting.  On-demand audio is an opportunity to offer the audience something additive, whether that's behind-the-scenes details or extended interviews.  They can be a platform attracting new audiences that then converts those listeners into video viewers.  Viacom-owned VH1 is testing out this formula.  To augment its popular Love & Hip Hop series, the network created a podcast titled Love & Hip Hop: The Tea that offers insider info on each episode and the show's stars.  The podcast is a co-production with an experienced podcast producer ReVolver, which also creates podcasts with Spanish-language media giant Univision.  Another example in the red-hot true-crime space is A&E's co-produced podcast with PodcastOne Network based on its popular Cold Case Files series.  By working with established podcast producers, networks get an entrée into the finer points of podcast creation and distribution.

On the programming side, popular podcasts are being adapted into TV series on cable, broadcast and streaming services.  Flip that around and cable networks could use their podcasts as a pipeline for new video programming or to develop talent within their own ranks.

Here's the bottom line:  If cable programmers don't start including audio into their content plans soon, other media companies, whether radio broadcasters, print media or podcast producers, will fill their void.  As a loyal cable customer and viewer, I'm ready to start streaming some of these podcasts.  Now, let's get the audio rolling.