For Consumers Who Love Big Trucks, It's All About the Tow 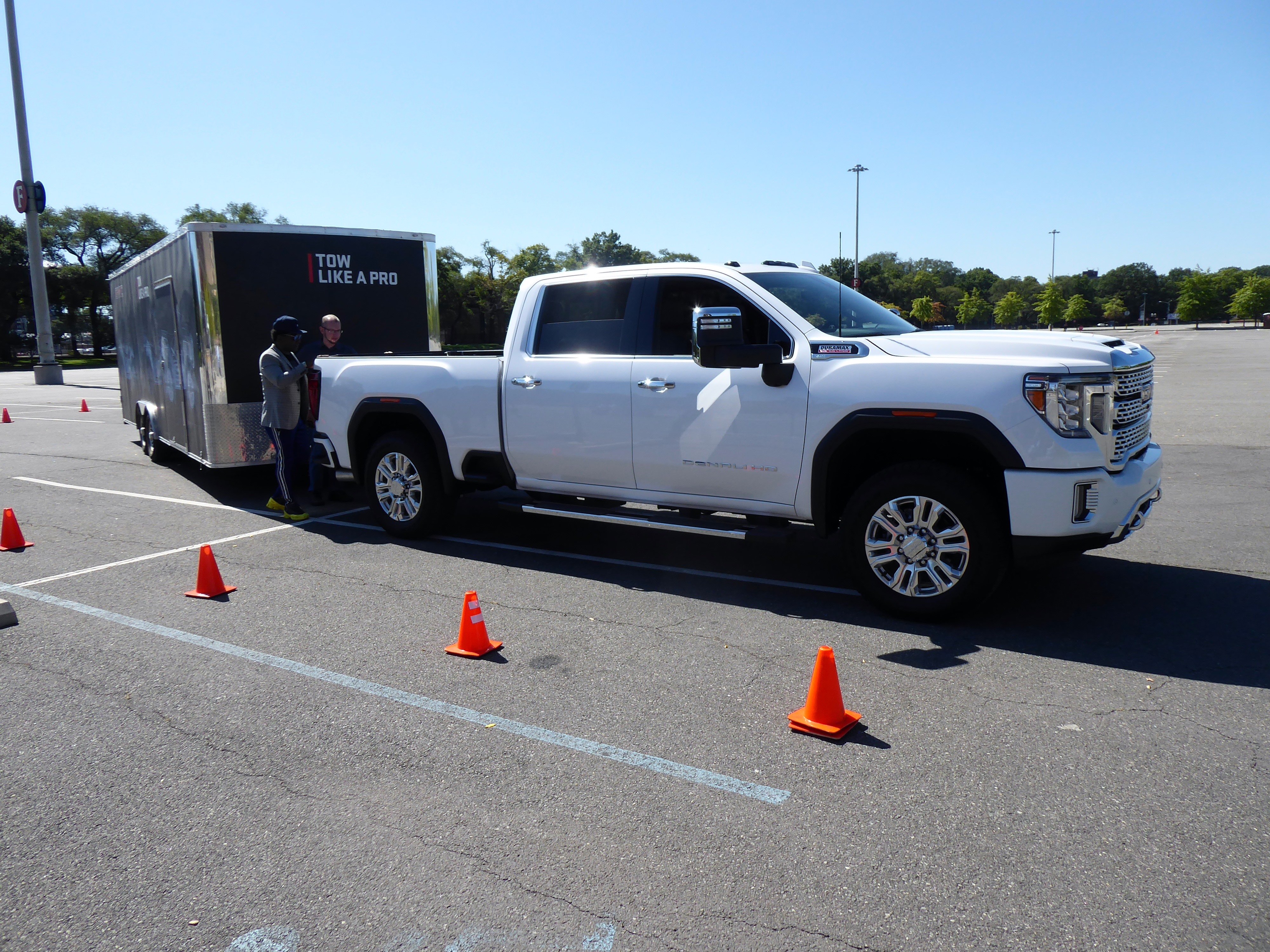 It's rare that a new automotive feature produces not one, but two commercials. GMC's exclusive MultiPro six-way tailgate is so ingenious, though, that its "Step Up Like a Pro" campaign comprises of two ads, touting its advantages over the standard metal slab that was in place across the industry for 100 years.

GMC's lead creative agency is Publicis Groupe's Engage M-1. Publicis kept the business after a 2016 review that also considered Interpublic's Martin Agency and Dentsu's mcgarrybowen. The company spent $225 million on advertising in 2015. The company is a big believer in ad spend. Parent company, General Motors, spent $3.14 billion overall on advertising in 2018. GM is fifth in U.S. ad spending among U.S. corporations, according to this analysis. 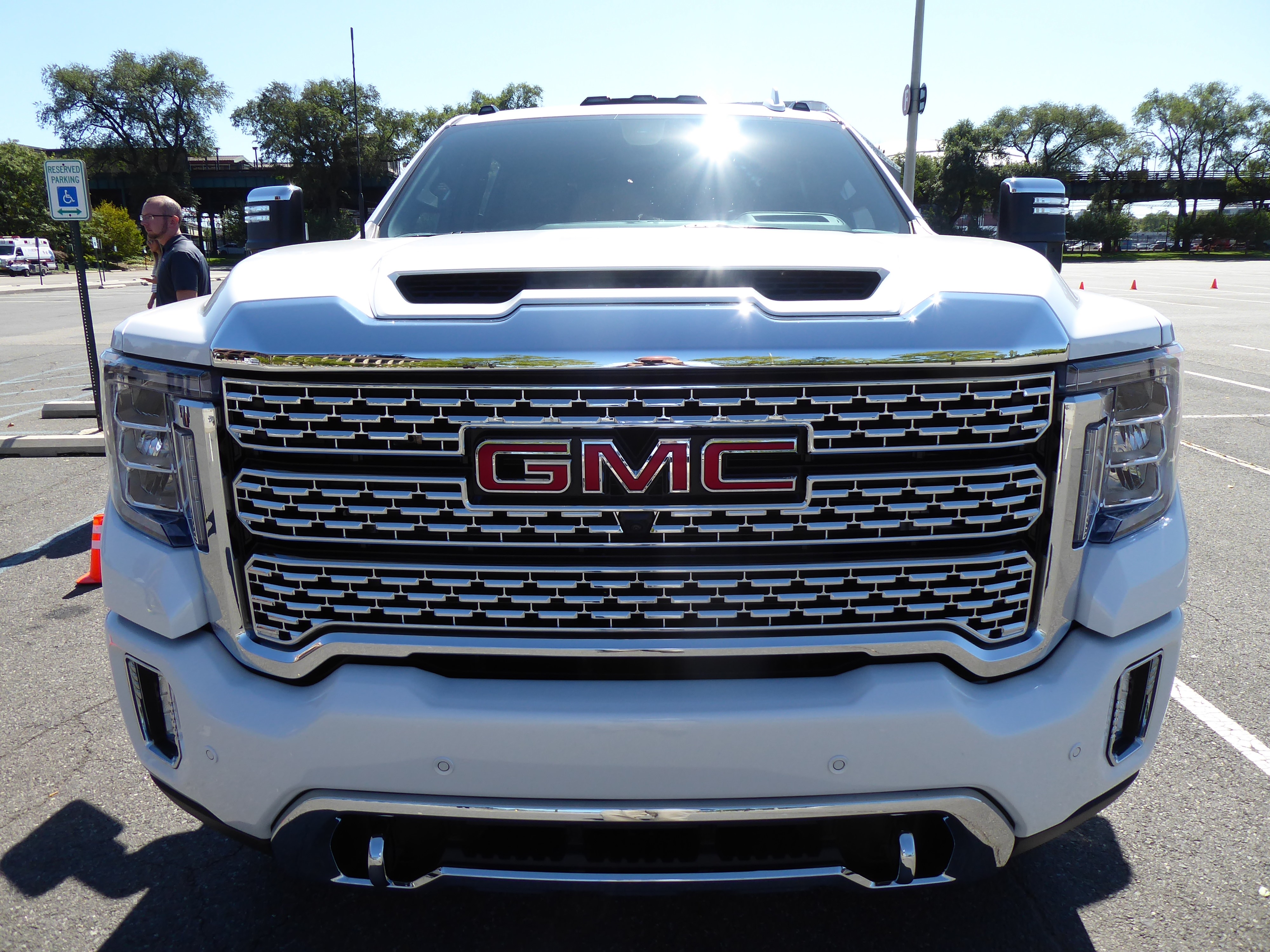 The GMC ads portray the tailgate as something of a second coming. In "Jaw Drop," multiple lower jaws do exactly that when they encounter the magical gate for the first time. In the hard-to-describe "Anthem," hundreds of people walk up a hill carrying their old tailgates and chanting the tune to Steam's 1969 "Na Hey Kiss Him Goodbye."

Competition is fierce in the big truck market. Keep in mind that Indiana's RV industry was in sharp decline during the Obama presidency (amid recession and $4 gas) but is now booming and adding extra shifts. RVs are available with "garages" to stow owners' "toys" — off-road motorcycles, ATVs, and the like.

North American spending on off-road vehicles was $12 billion in 2017 and it's expected to grow to $28 billion by 2024, according to a recent report by Global Market Insights.

All this is a prologue to a recent trip I took to Citi Field — home of MLB's Mets — in Flushing, New York for the GMC "Tow Like a Pro Academy Day." We got to see the MultiPro tailgate go up and down, experienced the ProGrade Trailering system (featuring 15 camera views), and checked out the segment-first Rear Camera Mirror. It was, indeed, all about towing. 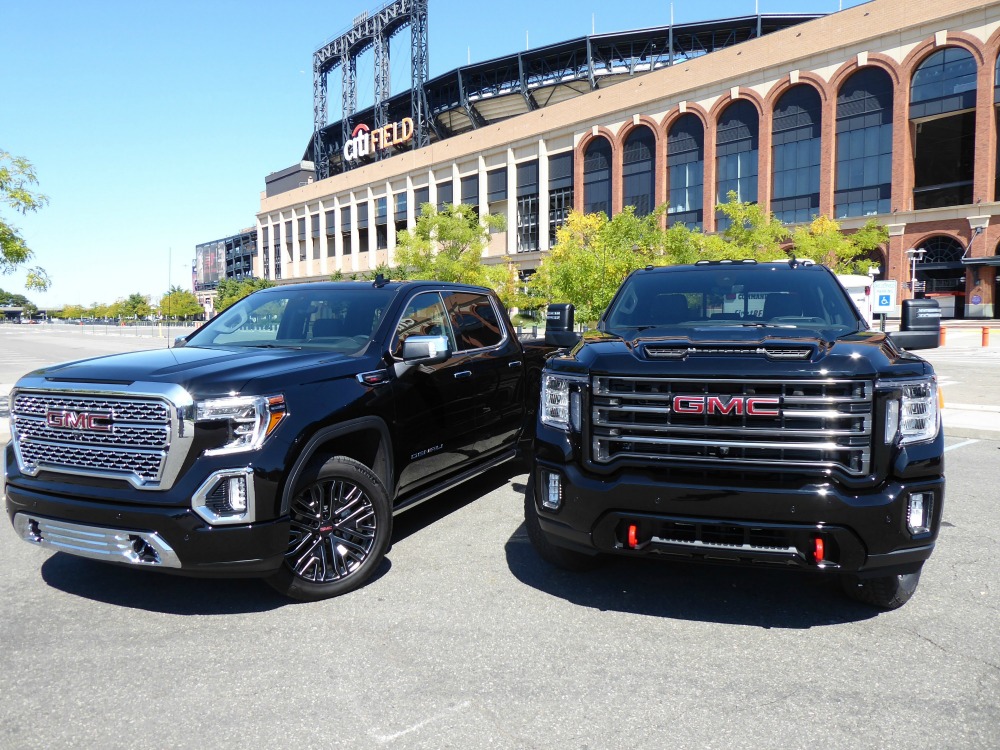 The GMC nameplates here — Acadia, Canyon, Sierra, Terrain, and Yukon — may not be familiar to buyers who've never seen towing as essential to their lifestyle.

While the industry talks about transitioning to electric mobility, it's important not to forget this big segment of the market. Americans love to tow stuff. And it's a challenge for electric vehicles. Tesla's only tow-capable vehicle is the Model X and it loses range dramatically with a trailer behind it — even a small trailer. The guys (it's mostly guys) who buy heavy-duty 2500 and 3500 GMC trucks, powered by 6.6-liter Duramax turbo diesels (now with the option of a 10-speed Allison automatic transmission), have bigtrailers to handle horses, boats, and campers.

Big, premium trucks are big business today. GMC sold 151,701 vehicles in Q2 2019, up 9.8 percent from the 138,165 it sold in the same quarter of 2018. Clearly, higher gas prices aren't hurting the brand (at least not yet). According to GMC figures, 41 percent of owners tow a fifth-wheel camper, 22 percent a large trailer, 16 percent a boat, and three percent an animal (mostly horses). It's a lifestyle very specific to the U.S.; it's unlikely GMC will find a huge market overseas.

On the other hand, foreign automakers haven't made a big dent in the domestic dominance of this market, but it's not for want of trying. Nissan just upped the ante with a new Titan, featuring a 400-horsepower, 5.6-liter V-8. GMC's Sierra comes standard with a 355-horsepower, 5.3-liter V-8. Toyota is also nipping at GM's heels, with a 5.7-liter, 381-horsepower engine.

Despite this if-you-can't-beat-'em approach, neither Toyota nor Nissan have impressive U.S. market share in the large pickup segment. According to Wards Intelligence data, the best the Titan ever did was 3.5 percent of the market; it's now at 1.5 percent.

According to GM vehicle performance engineer Jim Holtgreven, one in three GMC sales are of the luxury Denali sub-brand, with an overall average transaction price (ATP) of $54,273. That's higher than Jaguar ($53,372), BMW, Audi, and Lincoln. The owners can afford to make the purchase — they have an average household income of $153,000. Holtgreven said the age of the buyers is skewing younger, with many in their 20s and 30s.

As a sample of what GMC is talking about, I got behind the wheel of a huge Sierra Denali heavy-duty truck. It was towing an enclosed trailer (containing an unreleased model), weighing a whopping 10,000 pounds. The camera views really helped with placing the trailer. One unique view lets you see the trailer in tow, but also through the trailer, allowing you to see what's on the road behind.

Holtgreven says that some owners are now using their heavy-duty trucks as daily drivers. "They buy the truck with the off-road AT4 package, take it out on the trails, then hose it off, and go out to dinner with the family," he said. That's one reason these workhorses are fitted with every creature comfort and their sticker prices go so high. The Yukon has the highest average transaction price of any large SUV. And premium SUVs are half of GMC's volume today.

I recently towed a vehicle to Philadelphia and hooked up to the new Ford Ranger for several hours. It was a modest introduction to this world.

The American car market is changing due to the overwhelming popularity of SUVs and trucks. Marketers will have to keep up.