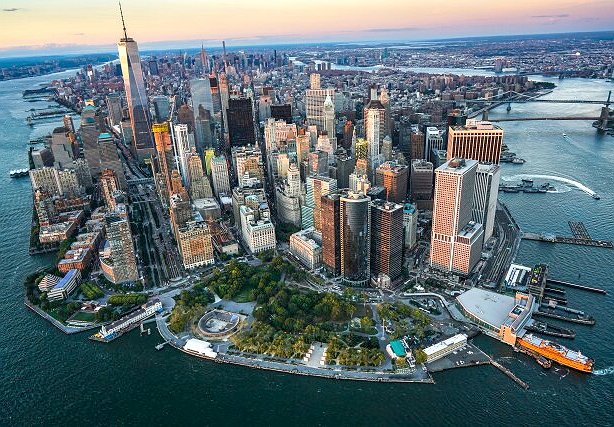 A roundup of the week's key news from MediaVillage member companies and the wider media industry. This week, the NewFronts begin;  the IAB is bullish on digital; Hulu and YouTube prepare their skinny bundles; Disney eyes streaming technology; quarterly financial results from CBS, Turner and Univision, and more.

Dollars are increasingly flowing from traditional ads to digital, as strong growth in mobile, video, and social spending continue to change the face of the U.S. media market (via Business Insider).

The sheer number of events and the companies involved suggests it's an exciting time to be in the video business. It also reeks of desperation (via Digiday).

Cable-like digital service, expected to launch in 2017, would stream feeds of live programming from broadcast and cable TV channels (via LA Times).

In one scenario, it would build a bundle of channels with the four U.S. broadcast networks and a smattering of popular cable channels (via Bloomberg).

"For the first time ever in the U.S., Magna Global is predicting digital spend will eclipse that of total television" (via Adweek).

Vice Sports will produce new original series to air exclusively on ESPN properties and select films from ESPN's documentary series 30 for 30 will air on Viceland (via ESPN).

Disney would presumably be interested in owning the company so it could build out its own direct-to-consumer streaming services (via Re/code).

CBS's broadcast network contributed most of the growth, as ad sales jumped 49% and affiliate fees grew 42%, though viewership has declined slightly from a year ago (via Bloomberg).

Revenues at HBO increased 8% to $1.5 billion, due to subscription growth, and at Turner they increased 7% to $2.9 billion due to improved subscription and advertising results (via Variety).

After advertisers held back in the Upfront last year and paid higher scatter prices, the company expects more spending in the Upfront this year (via Hollywood Reporter).

Without political ads, Sinclair's advertising revenue at TV stations and online grew by 2% in the first quarter, driven by strong results in the automotive category (via Baltimore Sun).

The company generated $1.36 billion in revenue during the quarter, up from $1.34 billion a year ago, helped by election-year campaign advertising and tighter operational controls (via mySanAntonio).

Gannett's bid was an unconventional move in the newspaper industry, and Tribune's rejection was not surprising (via NY Times).

The company's goal is to increase its video content production threefold this year across all properties (via Adweek).

It's calling the new program Mobile Game Tracking (MGT), and Nielsen will base it off of info gathered from a group of 1,200 mobile gamers each week (via VentureBeat).

+ Nielsen's Megan Clarken: Is the Closed Data Loop Grading Your Own Test?

Soundtrack Your Brand, which streams music in business locations, is launching in the U.S. and is now streaming music across the fast food giant's more than 36,000 restaurants and other venues (via TechCrunch).

Les Moonves, chairman and chief executive officer at CBS, discusses the surge in broadcast television advertising, success of the CBS digital platforms, the future of the radio division (via Bloomberg).

Brian Wieser, senior analyst at Pivotal Research Group, and Ralph Schlosstein, chief executive officer at Evercore Partners, discuss the renewed growth of advertising as it boosts results for CBS and Time Warner and an uptick from political advertising in a presidential election year (via Bloomberg).