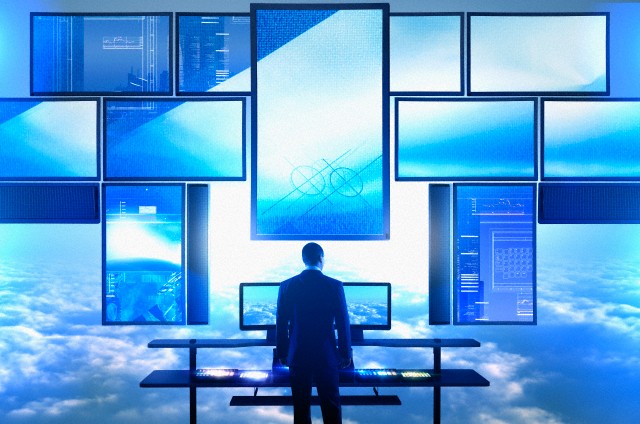 David Levy has always been on a mission to "be more efficient with consumers' time and attention."  Throughout his career, he has focused on "what components of attention really matter."  His past contributions to the knowledge base of attention measurement are perfectly matched to maximizing the value of ad-supported television as part of his new role as the new Chief Executive Officer of OpenAP.

A Focus on Viewer Engagement

At his previous company, TrueX, which he co-founded and later sold to Fox, the challenge at the time was that "with the advent of digital advertising, we were in an unfortunate cycle of just putting more and more messaging in front of consumers and not actually getting quality attention because people were finding ways of avoiding the advertising," he recalled.  As a result, advertising effectiveness declined, as did the pricing, and "the only way to make enough money was by adding more ads per page."  His solution, he said, was to focus on "the most premium form of attention," which was dubbed an "engagement ad."

Engagement ads are full-screen experiences where the consumer is incentivized to interact with the ad for at least 30 seconds.  "We did a lot of work on the science of attention and how to drive quality interaction while offering consumers a better user experience," Levy explained.  By focusing on viewer engagement of ads in a world of greater ad-free options, media companies could "present consumers with an experience that was comparable to ad-free but within an ad-supported model," he added.

At Fox, Levy took the same focus on engagement that he had at TrueX and "brought it to the business challenges at Fox," where he worked in a Chief Operating Officer role for Fox's ad business.  Challenges to the ad-supported television model abound, not least of which is, "on one side you have Netflix and Amazon subsidizing these ad-free experiences, which consumers enjoy," and almost compelling ad-supported television to reduce its ad time to compete and create better consumer experiences.  "On the other hand, you have Facebook and Google flooding the market with valueless impressions -- highly targetable but with low attention," he asserted.  It was important to prove that the quality of attention could impact ROI.

The focus at Fox, which later proved pivotal for his role at OpenAP was three-fold:

A Move to OpenAP

"If you really want to evoke change, doing something in silos is not conducive to success," Levy said.  "The only way you are going to transform the industry is doing it together.  So, when we were approached by Viacom and [WarnerMedia] to form OpenAP, the premise was closely aligned with our vision to find better ways to get more efficient with consumers' time and attention."

Levy "fell in love with the vision" and "the people around the table" from those competing companies.  The purchase of Fox by Disney enabled him to make the move to OpenAP and "get back to [his] entrepreneurial roots" while still "staying connected to some of the exciting business challenges with people [he had] been working with for so long."

Next Steps for OpenAP

"The best way to scale any new ad product or any new investment in bettering the advertising ecosystem is if we all do it together," Levy said. To that end, he is seeking "adoption from everybody" to enable scale for any new marketplace developments.  OpenAP will be in a position to "evaluate new ad products in data-driven linear and optimized linear addressable to unify around the way we buy advanced ad products."

Going forward, Levy sees OpenAP moving from phase one -- which focused on unifying audience data on linear by individual company -- to phase two -- which standardizes segments across all OpenAP members.  Phase two, just recently announced, will go from unified audiences to unified campaigns, so that, for example, auto intenders for Viacom will have the same behavioral composition as auto intenders for Fox.  "We are introducing a tool for OpenAP with which advertisers can come in, define the audience segment that they want -- it will be standard across everybody -- put in campaign requirements and get back a unified campaign proposal across all of the member publishers," he explained.

OpenAP is also launching a digital marketplace that goes further.  "You can define your audience segments and not just get back a unified proposal, but also optimize across all of the publishers for reach and audience segment," Levy said.  Beyond that, he is thinking about how to accelerate the mission.  "There are so many opportunities with a unified approach -- with ad products, with measurement and with one of the biggest opportunities; building out a much more sophisticated data infrastructure that can be leveraged across all of the publishers," he noted.  "This will ultimately bring an automated marketplace that is cross-publisher, cross-device together."  But, he hastened to add, this effort will focus solely on premium inventory in the market: Long-form television ad-supported content resulting in less waste, more ROI and greater viewer engagement.