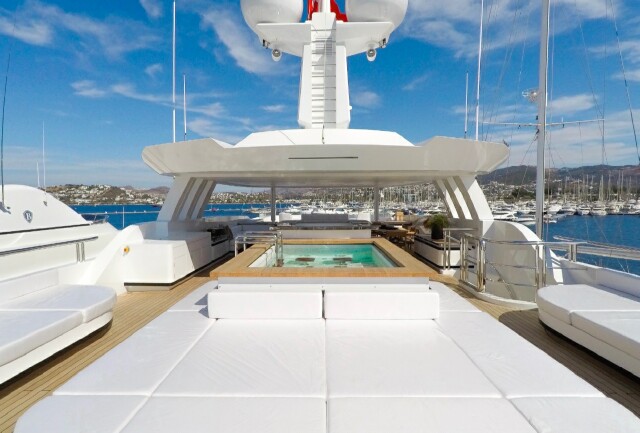 Set against the tranquil blue waters of the Mediterranean Sea and nestled among a dock of stately yachts that play host to industry luminaries, award-winning recording stars and plenty of rosé, you'll find a nautical beacon of knowledge on Liquid Sky, Cadent's yacht located in Cannes Harbor's berth N27.

Michael Bologna, President of Addressable at Cadent -- the largest independent platform for advanced TV advertising and monetization -- is quite comfortable aboard a boat.  While captaining a yacht like one of those in Cannes may be a tad bit aspirational, Bologna (pictured below) can be found almost every summer on the mighty seas of Greenwich Sound, recently retiring his longtime boat, the Gemini, for a brand new vessel:  Best Laid Plans.  He insists the name is not a subliminal commentary on the advertising industry.

On Tuesday, June 18 at 3 p.m. (CET), aboard the Liquid Sky (definitely aptly named for such an event), those attending the Cannes Lions Festival 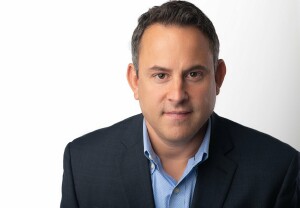 2019 can heed the siren call for insights into the latest best practices and successes around the future of addressable television.  Bologna will be moderating a panel with an esteemed group of experts across the addressable advertising ecosystem.

The panel, titled "The Path Forward to Addressable Television," will focus on data and technology in the TV business and specifically delve into the topics of how addressable TV can move past the limitations of local avail inventory across MVPDs in linear, AVOD and OTT into more traditional national linear inventory.  "I want to use this opportunity to talk about what we need to do, beyond the obvious, to scale this and to bring this to a point where national networks and national inventory are part of the addressable supply chain, and it's not just an individual product by individual MVPDs using their boxes," Bologna says.

Laura Nelson from Disney Advertising Sales is excited about unlocking the promise of National Linear Addressability.  “It’s important for the industry to have an on-going dialogue with representatives across the buy, sell and measurement sides to determine the best path for success,” she says.

RSVP for the panel today.

Over the past three years, marketers have moved from test-and-learn mode to normalized implementation of addressable TV.  According to forecasts from Jack Myers Tomorrow Today "Advertising, Shopper Marketing and Trade Communications 2000 – 2020," Advanced TV spending is on track to hit over $3 billion by 2020.  Yet, this still represents a small fraction of all television purchased; the panel will spend time discussing successful use-cases and ways that marketers haven't thought to take advantage of the benefits of this, along with technology solutions that are just now starting to offer new and exciting ways to expand the relevant reach of Addressable TV.

With the continued emphasis on data and eliminating waste, over 80% of respondents said that relevant reach remains the single most important factor in the media decision-making process, as reported in the most recent release from The Myers Report, "Survey on Media Company B2B Relationships, Services and Value," a survey of 745 media allocation decision makers.  Addressable TV continues to move towards fulfilling that requirement at scale, so this panel comes at a very important time in the evolution of the medium.

If you are in Cannes on June 18, you won't want to miss this unique opportunity to hear from these key players who are at the frontline of television disruption.

A note from Jack…

Immediately followingCadent'sAddressable TV panel, I will engage in a conversation onThe New Economics of Creativity in HollywoodwithWarnerMedia's Kevin Reilly and fashion icon Jenna Lyons, producer and star of TNT's new lifestyle series,The Jenna Lyons Project.In advance of the conversation, I spoke with Kevin and Jenna about their plans and vision as the underlying economics that drive creativity in Hollywood collapse.  To request an invitation to our conversation in Cannes, RSVP through the accompanying invitation or contactMaryann@MediaVillage.com.