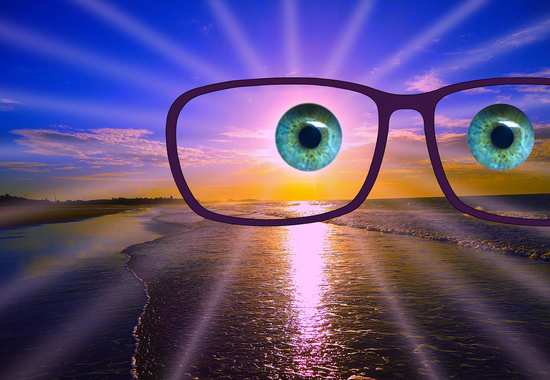 The latest study from The Myers Report reveals a much changed media world and a redefinition of competitive sets. Get the insights in Data-Rich Tech-Centric Media Disintermediaries Dominate Upfront/NewFront Landscape. If you are a MediaVillage member, please contact your Relationship Director to schedule a full briefing on The Myers Report research Ad Sales Perception study, which surveyed top media buyers on both the media agency and in-house agency worlds.

This Week in MediaVillage

For more than a decade, I, among many others, have looked forward to FreeWheel's Annual Video Marketplace Report with great anticipation as a wealth of information about the state of the digital video industry.  Charlene Weisler gives us the highlights of the latest in Julia Zangwill Shares Results from FreeWheel's 10th Annual Video Marketplace Report.

ViacomCBSrecently conducted a study, The Culture of Streaming, to determine the new behaviors that we've adopted over the past year, what they mean to us, and which behaviors will likely stick. The results are fascinating and Charlene Weisler toplines it for you in Exploring Fantasies and Crafting Identities: Insights from a New ViacomCBS Streaming Study. You can download the study for free. Don't miss this!

If you're looking for something to watch this holiday weekend, check out UPtv or Aspire. Steve Gidlow had the chance to catch up with UP Entertainment CEO Charley Humbard to find all the Easter eggs that they've hidden throughout the holiday weekend. Put on your fanciest bonnet and read UP Entertainment Delivers Easter Programming Celebrating the Season of Renewal.

This week, broadcasting and radio company Entercom rebranded as Audacy. Alli Romano recently spoke with Mike Dee, its president of sports. Find out what he had to say in Audacy Spearheads Next Generation Sports Audio Game Plan.

Paul S. Maxwell is no fool. In his column this week, he pontificates on the impact that digital transformation and the NFL's recent rights deals will have on local networks. Read his thoughts in It's April Fool's Day, But This Is No Joke!

Ten years ago, the newspaper industry had twice the revenue and circulation that it does today. Ten years ago Rishad Tobaccowala gave the opening keynote at the Newspaper Association of America Conference where he prophesied the changes to come. Given the similar disruption that is coming to other areas of our ecosystem, Tobaccowala has dusted off that keynote, which is highly relevant today. This Is Your Industry -- and You Can Decide Where It Will Go from Here.

Oriana Schwindt speaks with Brian Catterson, vice president of DR ad sales at A+E Networks, about how DTC is revolutionizing the way marketers think beyond traditional age/demo targets for their products and services. Check out DTC Paves the Way for Total Audience Measurement at A+E Networks.

Brian Jacobs looks at why agencies that used to value high attention positions in media haven't been as focused as they could be on an important aspect of media selection; and how that may be changing. You'll want to pay close attention to Jacobs' piece, Pay (for) Attention.

Over the past few weeks Tamara Alesi has done a data deep-dive into the world of audio. This week she provides a strong POV on actionability to find and engage relevant audiences through audio streaming platforms. Get your audio playbook in Engaging Consumers Through Streamed Audio.

Bill Harvey looks at the real implications on media modeling from the recent ID moves by Google and Apple in Google and Apple ID Data Changes Compel Brands to Reach Consciousness Stage Four.

Philip McKenzie dives into the recently released Inclusive Story Guide created in partnership by OWN and the ANA's inclusivity movement, #SeeHer. Learn more in OWN and the ANA Seek to Advance Meaningful Representation for Black Women.

Christopher Boulton provides a definitive list of things that the advertising industry needs to do and stop doing to truly achieve diversity and inclusivity. You can read his important action steps in Ads Need Soul; Here's How to Get There.

Kate Byrne speaks with Shelley Zalis, founder of The Female Quotient, and Kenetta Bailey, senior vice president, marketing at Clear Channel Outdoor about their partnership to elevate women trailblazers as part of their Women Making History campaign. Watch and learn more about the campaign in this video interview, Clear Channel Outdoor and The Female Quotient Open a World of Possibility Through Women Making History Campaign.

Hot off the press, the Supreme Court has upheld the FCC's 2017 decision to loosen restrictions on media ownership, reversing a decision from the 3rd Circuit that had ruled that the agency had overstepped and had not taken women and minority ownership fully into account.

Add Colorado to the states that may have a privacy law in the near future. State lawmakers have introduced the Protect Personal Data Privacy (PPDP) Senate Bill 190 which would allow consumers to opt-out of having their data tracked.

Pubmatic, OpenX and Zeta Global Corp are among a group of industry luminaries proposing an alternative User-ID system, which they call SWAN. Unlike Google's FLoC, which puts consumers into cohorts to target, SWAN will request user consent from the first SWAN enabled website that will act as blanket consent for any site that uses SWAN.

Driven by the NCAA Tournament, TBS ended Fox News Channel's eight-week streak becoming the No. 1 cable network with an average of 2.75mm viewers during primetime.

Verizon Media and Catalina are partnering to include shopper data from Catalina's 236mm loyalty cards for Verizon Media's DSPs.

According to Facebook, the Oculus Quest 2, which has been in the market for six months, has now outsold all other previous Oculus devices, combined.

We wish all of you who are celebrating Easter or Passover a wonderful and meaningful holiday.