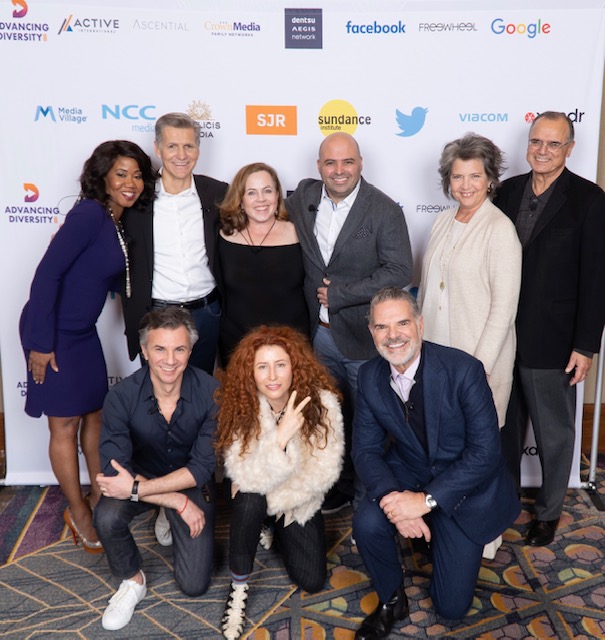 The 2019 Advancing Diversity Hall of Honors Induction Experience stood alone as a humanistic voice during the 2019 CES show, as best practices and solutions for advancing diversity and inclusion were recognized at what most attendees acknowledged was "the most memorable and meaningful event during four days packed with meetings and activities."  Jack Myers, founder of MediaVillage and AdvancingDiversity.org, noted the emergence at this year's CES of a new focus on the role of technology in serving, supporting and advancing humanity.  "Technology needs to be an enriching human experience, making us more rather than less human, or the technology is meaningless," he noted.  Myers, MediaVillage and AdvancingDiversity.org hosted more than 400 industry leaders, calling on them to "shift their attention in a sea of technology and to engage in a human experience focused on inclusion and the bonds that hold us together and make us better as individuals, an industry and as a society."

Rather than giving speeches that personify typical awards presentations, the eight Advancing Diversity Hall of Honors inductees engaged directly with the event attendees, serving as provocateurs in the Sundance Institute Theater Program experience Creative TensionsTM that asked them to share their perceptions and attitudes toward "otherness" as both a positive and negative force.  With no chairs or tables, the audience moved across and around the massive ARIA Hotel conference hall to reflect their attitudes and responses as the provocateurs voiced their own personal stories.  The hour of surprising intimacy continued into post-experience networking, when the industry leaders-turned-provocateurs engaged in conversations with guests who were eager to express their emotional responses to the honorees' comments. 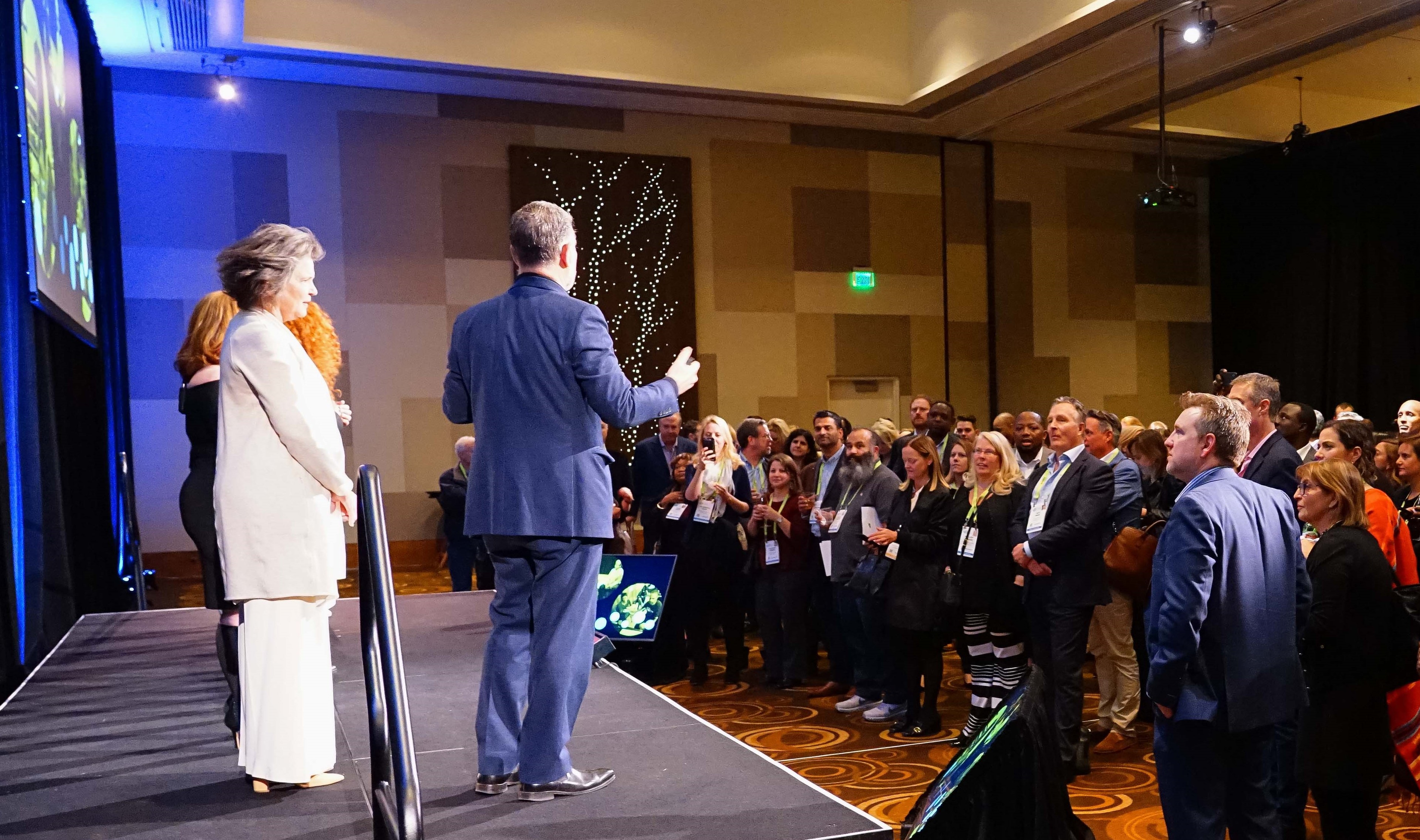 "These executives share a common perspective on successful advances in diversity and leadership," Myers pointed out in his brief introductions. "They've all proven and have been open in communicating that diversity and inclusion is good for business.  P&G, Budweiser and Verizon have integrated messages of inclusion not only into their hiring practices, but in their marketing, advertising and brand strategies.  All the 2019 inductees have invested in developing and implementing consistent, scalable and sustainable programs that directly support and advocate for greater diversity in the industry and society.  They're also dedicated to the belief that all those at every level and in every role within the industry need to be engaged in attracting, retaining and supporting a diverse and inclusive workforce."  (Their personal stories can be read here.)

"It's in this spirit of engagement," Myers added, "that we invited Sundance Institute to join us and curate a Creative Tensions." 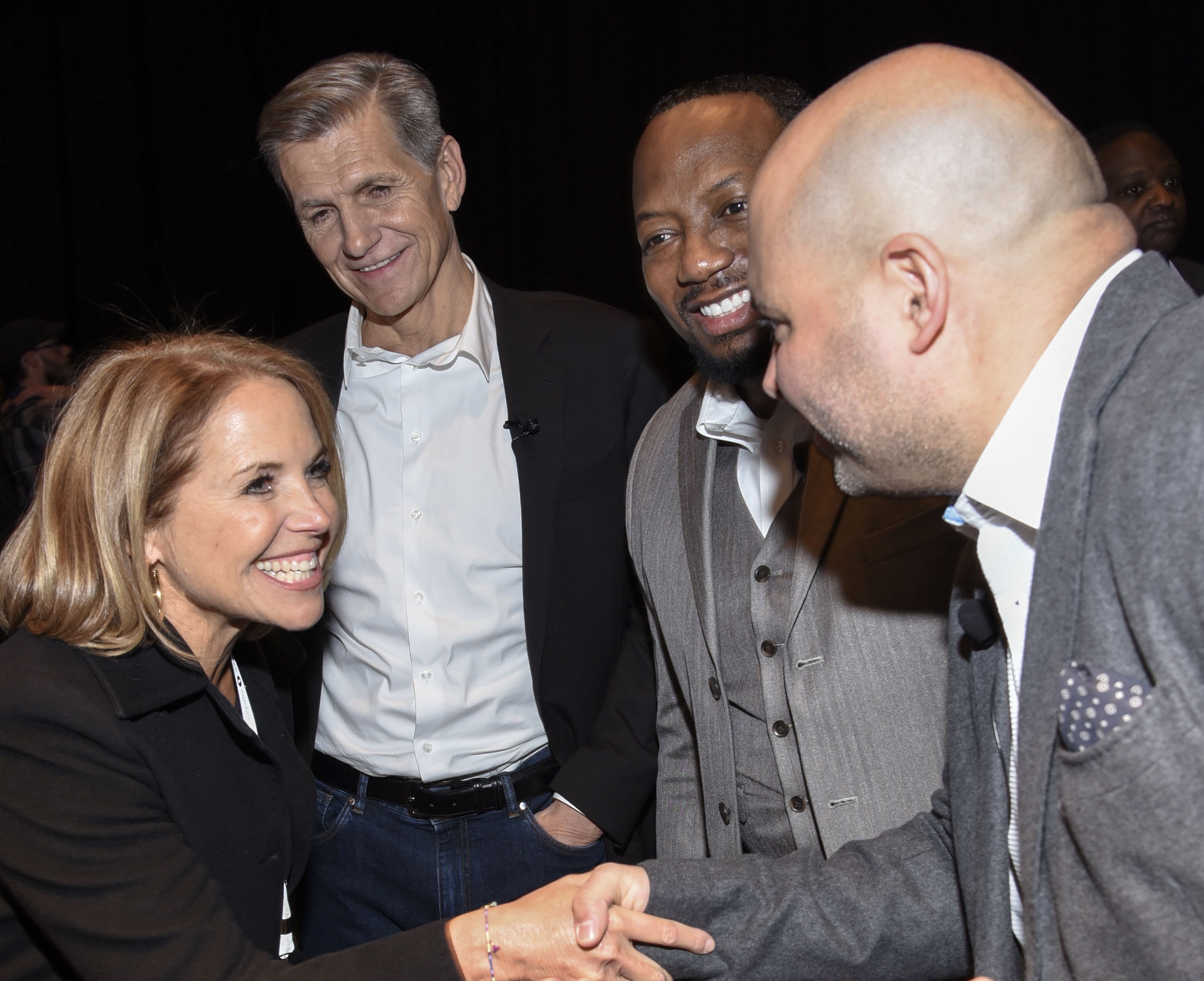 Reaction to the experience was inspired, energizing and reinforced a commitment to inclusion.  Tim Bajkiewicz, Ph.D. at the Virginia Commonwealth University's Richard T. Robertson School of Media & Culture, who was one of 50 educators and students invited by MediaVillage, summed it up best: "I've attended a zillion diversity and inclusion events and what we just did was the best one, bar none.  It was participatory and thoughtful without being irritating.  I'm flashing back to a lot of award shows that I've attended where I am sitting in a chair and someone is at the front of the room and it's dreadfully boring and not really moving the needle when it comes to the importance of diversity and inclusion."  Each of the inductees also acknowledged that, while the Creative Tensions required them to take a risk and be unrehearsed, it was among their most moving and personal experiences.  Many participants agreed. 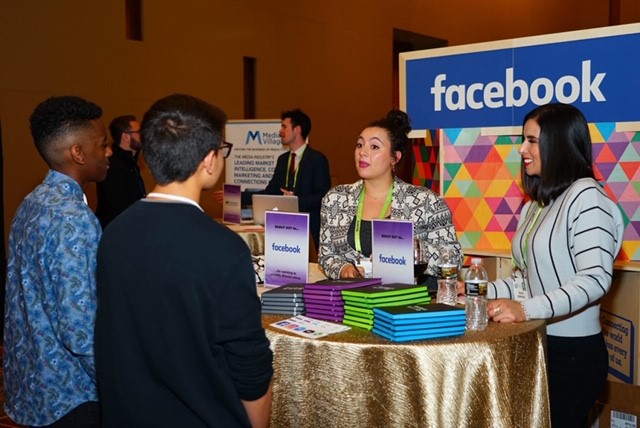 "Diversity is such huge part of media and what we do; that's the main reason we're here," said Jessica Mann of Turner's Ad Sales Division.  "We don't just look at diversity as gender or race but also as background.  The media industry can be a big fraternity and we're really trying to change that. We've seen lots of candidates tonight and it's really incredible."

Twitter recruiter Jon Gulick shared, "I focus on campus recruiting so one thing that's been especially nice for me is meeting educators.  One educator will reach hundreds or thousands of students."

Photos above, top to bottom: