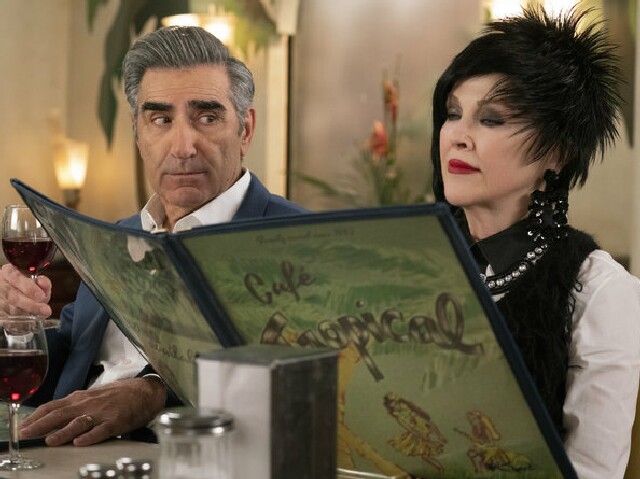 The MTV Awards last month weren’t bad. (How could they be anything but good with Lady Gaga front and center?) The Academy of Country Music Awards this week were actually pretty great, even if it was as odd for viewers to sit through acceptance speeches given on a stage in an empty auditorium as it was for the winners to make them. Both of these events turned out to be reasonably entertaining amalgams of live, pre-taped and virtual content. I wouldn’t want this format to last forever -- or even another year -- but for now they are a fine demonstration of how the entertainment industry is figuring out ways to survive the ravages of the coronavirus pandemic. Kudos to everyone involved in both events, especially the backstage workers in each locale who made such special programming possible. Where would the business be without them? Indeed, it was a memorable moment at the end of the ACMs when Carrie Underwood thanked everyone at the Ryman for making the performers and presenters feel safe.

And now, on to Emmy Awards, still the biggest night on the year for the television industry even if the home audience (especially those younger demos) increasingly lose interest. Can they live up to the award programs noted above that have managed to put on a show even during the worst of times? I realize that isn’t a fair question, considering that those shows had terrific musical performances to power them along, while the Emmys have, what, home-bound TV stars? But they have something no other award show has – the masterful, sometimes merciless comedy of Jimmy Kimmel, a man who has brought ABC’s annual Upfront presentations excitingly to life no less than 16 times.

For a few hints as to how it will all come together, read Steve Gidlow’s behind-the-scenes preview of the big show. Then continue here for my annual guessing game in the Comedy and Drama categories. Who will win? Who should win? And who was overlooked? Read on.

The nominees are Curb Your Enthusiasm (HBO), Dead to Me (Netflix), The Good Place (NBC), Insecure (HBO), The Kominsky Method (Netflix), The Marvelous Mrs. Maisel (Amazon), Schitt’s Creek (Pop), What We Do in the Shadows (FX Networks)

Prediction: Schitt’s Creek (The media echo chamber is at overload on this one.)

Preference: The Good Place (I’d love to see it go out on top, where it belongs.)

Should have been nominated: Better Things (FX Networks) and Mom (CBS), the funniest comedies on television.

Should have been nominated:Hank Azaria of IFC's Brockmire

Preference: Christina Applegate or Linda Cardellini (They both acted the hell out of season two of Dead to Me.)

Should have been nominated: No surprise here. Pamela Adlon of Better Things and Allison Janney of Mom. And Adlon should have won.

Preference: Kenan Thompson (He has remained the funniest player on Saturday Night Live throughout multiple cast changes and adjustments.)

Should have been nominated:William Fichtner, Mom(He holds his own against the many ferociously funny women on the show.)

Should have been nominated: Mimi Kennedy, Kristen Johnston and Jaime Pressly (All three had fantastic material last season on Mom.) And what about Rita Moreno of Pop's One Day at a Time?

Prediction: Succession (How can it not win?)

Preference: Ozark (Easily the most potent drama on TV during the nomination period.)

Should have been nominated: David Makes Man (OWN), Pose (FX) and The Good Fight (CBS All Access) are all shameful oversights.

Should have been nominated: Bob Odenkirk for AMC’s Better Call Saul, which had its most riveting season yet.

Prediction: Laura Linney or Olivia Colman (This one is an impossible decision.)

Should have been nominated: Nicole Kidman for HBO’s Big Little Lies, Claire Danes for the final season of Showtime’s Homeland, Christine Baranski for The Good Fight

Should have been nominated: The egregiously overlooked Tom Pelphrey for his soulful and scorching work in Ozark. His was one of the top performances on a television drama during the nomination period, period. Also Jonathan Banks for Better Call Saul, another outrageous omission.

Should have been nominated: Rhea Seehorn, who was sensational (as always) on Better Call Saul and was maddeningly overlooked again!