Advertising 2045: The Tipping Point of the New Majority 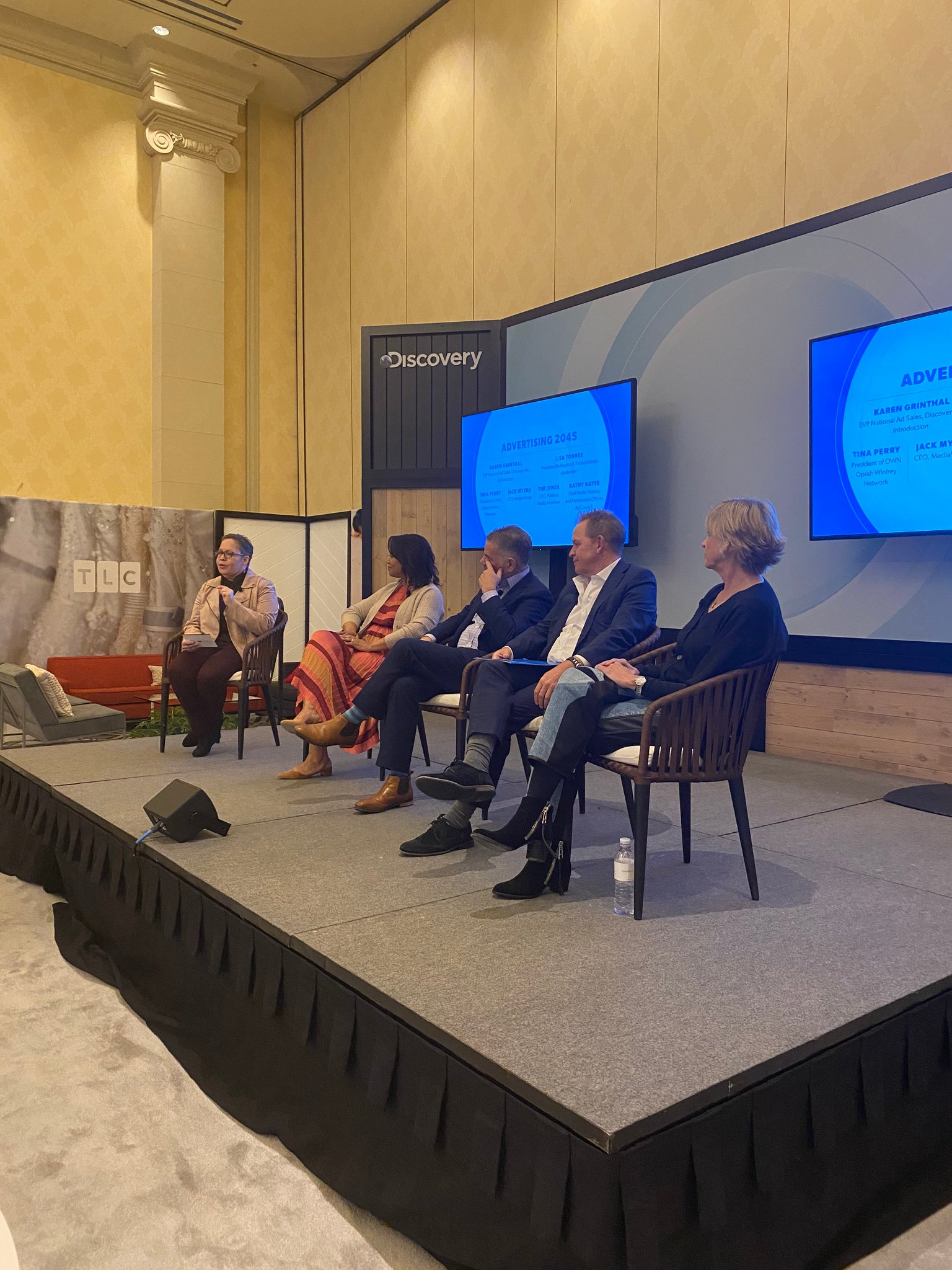 Predicting the future and capitalizing on key trends in business, culture, and technology underlie the narrative at CES every year. From Uber's flying taxis to P&G's toilet paper robots, new ideas are a big fixture at the planet's largest tech gathering, which attracts more than 170,000 global business titans, investors, technologists, and thought leaders. Many of those ideas are tied to major cultural shifts; for example, 2045 is the year that the U.S. is projected to become majority minority — a critical milestone in U.S. history.

During the Publicis Media–hosted CES panel "Advertising 2045," Lisa Torres, president of the agency's Multicultural Practice, moderated a lively discussion on the implications of this trend on advertising, media, and the future of storytelling. She reminded audiences that there are seismic shifts happening in the demographic makeup of the U.S., with half of the post-millennial generation now being non-white. Younger generations are also more likely to be biracial than ever before. People of two or more races are projected to be the fastest-growing group over the next several decades, according to the Census Bureau.

There is established research indicating a strong correlation between components of trust (communication effectiveness, conflict management, and rapport) and productivity. Panelists pointed out that building trust is a critical step in creating and developing productive, non-homogeneous internal and client-agency teams. But cultural differences in diverse and multicultural teams can create misunderstandings between team members before they have a chance to establish any credibility with each other, panelists noted. One of the biggest litmus tests for trust is ensuring words translate to action. According to Torres, "this action has multiple ripple effects across talent, employees, and the next generation, and it is our responsibility to deliver on it."

Another approach is to look to peers for guidance. Jones explained how he relied on trusted thought leaders to guide him as he developed his diversity strategy as a force for business growth. Jones cited one thought leader as particularly influential, and a close colleague of his: "Renetta McCann, chief inclusion experience officer at Publicis Groupe, was an inspiration on how to approach this challenge from both an internal and external perspective," he said. "And, importantly, on how to organically incorporate metrics for success across multiple stakeholders that capture short-term wins like ERG engagement, as well as long-term indicators like greater diversity in the senior ranks."

Building trust also applies among, brands, media, and viewers. Tina Perry, president of OWN, emphasized the special covenant the network has with its viewers to ensure authenticity in diverse representation and originality in programming. The goal is to give every OWN viewer an opportunity to "see herself" and provide advertisers with a "safe place for brand expression," she said. According to Perry, this approach has resulted in "ratings and audience wins for OWN, with three of the top 10 scripted series in all ad-supported cable being featured on the network."

Empowered, motivated, and diverse talent is a hallmark of organizations recognized with prestigious industry awards such as the DiversityInc Top 50 and Fortune's 100 Best Workplaces for Diversity. Panelists discussed the approaches they've taken to hire and retain diverse talent. Jones, for example, shared insight into Publicis Media Americas' Graduate Training Program, where employees are exposed to different parts of the agency, provided mentoring opportunities, and learn how cross-functional groups collaborate within the agency and across clients. Publicis has 80 people currently going through the program.

This program is one of the inspirations behind the Ad Fellows initiative at Verizon, spearheaded by Diego Scotti, executive vice president and chief marketing officer at Verizon. The Ad Fellows cycle at Verizon covers four different companies over an eight-month period, trying out various roles in public relations, creative, media, and client-side brand marketing. Companies such as American Express, Anheuser-Busch, and Walmart have joined the program, per Jones, who reminds us that "when you pay it forward, you also get paid back."

Jack Myers, chairman and founder of Media Village, shared another important industry-wide initiative, the Advancing Diversity Hall of Honors, which annually celebrates the industry's most influential leaders in diversity, equality, and inclusion initiatives who are accelerating the pace of corporate cultural change. Myers emphasized that the main criteria in choosing the inductees is their proven track record for action. He also highlighted the Advancing Diversity Council, which launched this year during CES and comprises current and previous Hall of Honors inductees, as well as other D&I experts and executives from the major industry associations. The council discussed a five-point plan for advancing diversity from advocacy to activism, focused on research, education, communications, mentoring, and financial solutions. It will announce definitive activation opportunities in each area of the coming weeks.

Transformational and long-lasting change requires transparency, which means admitting what is currently unspoken, unseen, unshared, or unacknowledged. Unconscious bias is one of those issues that can often be invisible because it is ingrained in our human behavior. It is also one of the most insidious causes of discrimination. To combat these unintentional biases, said Kathy Kayse, Ad Council's chief media strategy and partnerships officer, the organization launched "Love Has No Labels" as a public service advertising campaign that encourages people to examine and challenge their own personal implicit biases and transform their perceptions. The campaign's launch video — of skeletons dancing and embracing and then revealing themselves as diverse couples, families, and friends — has received360 million views across 240 countries, with 4.5 million shares since its 2015 release, Kayse said, "with $100 million in donated media from Publicis Media and support from global brands, including P&G, Wells Fargo, State Farm, Unilever, Allstate, and Bank of America."

"The campaign has made an important difference in eliminating implicit bias," she added.

There is still much work to be done. According to the U.S. Census, 42 percent of the population self-identifies as "multicultural," which includes African American, Asian, and Hispanic, as well as differently-abled and LGBTQ+. Despite this, AIMM's Multicultural Benchmark Study shows that only 16 percent of marketers incorporate cultural insights that will engage these communities.

Perry highlighted the partnership that OWN has forged with the ANA on the very important #SeeHer campaign, which aims to increase female representation across minority groups. She described #SeeHer as amovement to drive increased accurate representation of multicultural women in ads and programming by leveraging cultural insights to connect with consumers and drive growth.

The year 2045 may be a quarter-century away, but it is closer than you think. The advertising, marketing, and media community will need to spearhead efforts to address the entrenched inequalities, unspoken biases, and unfair decision-making that still permeate our industry —which, according to Myers, has one of the "worst records in terms of diversity and talent retention."

We have every right to be somewhat optimistic about the future, as we observe the impact of initiatives such as Ad Fellows, Advancing Diversity Hall of Honors, #LoveHasNoLabels, and #SeeAll. Of the utmost urgency is the ability to identify and nurture courageous leadership that will challenge the status quo, disrupt sacred cows, and move the advertising, marketing, and media industry to a point of true representation, compelling authentic belonging among all of those who seek to join and advance in this industry.